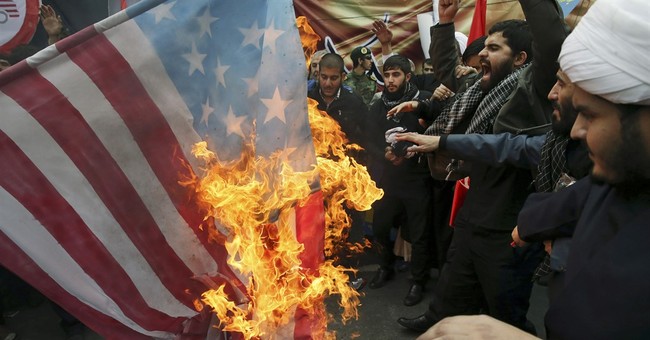 The Iranian regime has detained another American on trumped up charges despite recently reaching a historic nuclear agreement with the United States in July.

Earlier this week, Iranian American Siamak Namazi was arrested and thrown in prison by Iranian military, upping the number of Americans held in that country to five.

An Iranian-American scholar and consultant who has advocated improved relations between the United States and Iran has been arrested in Tehran, according to people close to him. The arrest appeared to signal increased risks for dual citizens from the United States who are visiting or living in Iran.

The consultant, Siamak Namazi, is a World Economic Forum Young Global Leader who is currently the head of strategic planning at Crescent Petroleum, a subsidiary of the Crescent Group, a conglomerate based in the United Arab Emirates.

Iranian state television on Tuesday claimed that a Washington-based Lebanese citizen missing in Tehran since September is actually an American spy now in the custody of authorities.

The state TV report is the first official word about Nizar Zakka, who holds permanent-resident status in the U.S.

The White House repeatedly argued and maintained that the nuclear agreement with Iran will not change the bad behavior of the regime, which includes the detainment of Americans and the funding of Islamic terrorism around the world.