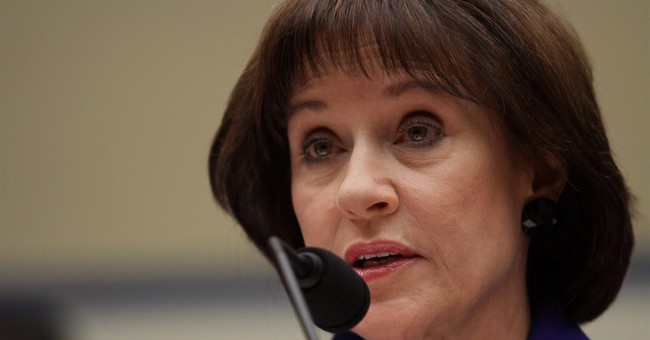 In case you missed it yesterday the Washington Times reported former IRS official Lois Lerner, the woman at the center of the IRS targeting controversy, used a private email account under her dog's name to conduct official government business. The report came as a result of a Judicial Watch lawsuit against the IRS for information about the scandal. The discovery of this private account comes in addition to Lerner's use of another personal account on top of her government email system. In total, we know she used at least three different email accounts during her time at the agency.

Now, Judicial Watch President Tom Fitton is responding to the new revelation and notes Lerner may have broken the law if she shared confidential tax information on her private account.

"It is remarkable that the Obama IRS and Justice Department waited two years to tell a federal court that Lois Lerner had a separate email account that contains documents at issue in the IRS scandal. Especially since both agencies knew about this account since April of last year," Fitton said in statement released yesterday. "It could be a crime if Lois Lerner kept confidential taxpayer data on her non-governmental email account."

It should also be noted using a private email account is against government policy and potentially violates federal records laws as it allows officials to skirt the Freedom of Information Act. Further, use of private email to conduct government business makes it difficult for Congress to make proper inquiries about official communications during investigations.