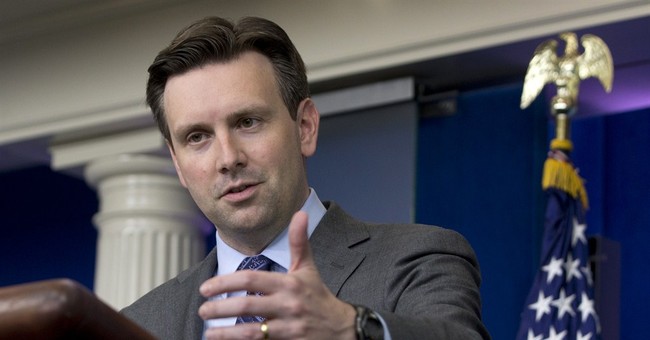 Speaking to reporters from the White House Monday, Press Secretary Josh Earnest refused to issued comment on the murder of Kate Steinle, who was killed by a seven-time felon illegal alien last week in the sanctuary city of San Francisco. Her killer was deported five times before taking her life and admitted he went to San Francisco because he knew he'd be able to escape federal authorities thanks to sanctuary policies.

"I can't speak to this specific case," Earnest said. "I'd refer you to DHS."

After refusing to issue comment on "this specific case," Earnest launched into an attack on Republicans for not passing President Obama's illegal immigration agenda.

Earnest also touted Obama's policy of "not tearing [illegal immigrant] families apart" while ignoring the fact Kate Steinle's family has been permanently torn apart by an illegal alien thanks to open border and lax enforcement policies at both the local and federal levels.

How the Highland Park Shooter Reportedly Obtained His Guns Is Beyond Ridiculous
Townhall
Sen. Elizabeth Warren is on the warpath against Massachusetts crisis pregnancy centers
Twitchy
Heartbreak at MSNBC as Joy Reid's 'ReidOut' Crashes and Burns in Ratings Wars
Redstate
What's Going On with the Highland Park Killer's Parents?
PJ Media