NYT: Marco Rubio Is Totally Irresponsible Because He Bought a Fishing Boat in Florida 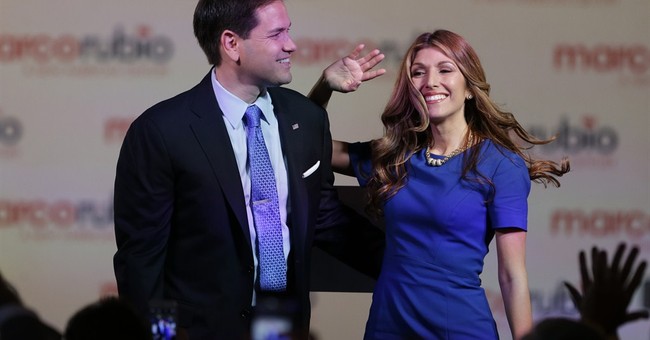 After doing a deep dive on the Rubio's traffic violation history last week (just kidding, it wasn't a deep dive but instead information handed over by the far left American Bridge), the New York Times is back for more...publishing of American Bridge material. This time, the NYT is letting everyone know just how broke the Rubio's were when they were young(er), just like everyone else in America. Oh, and that he's had trouble with his finances...like every other person in America. And, he likes fun toys...like any good man in America.

For years, Senator Marco Rubio struggled under the weight of student debt, mortgages and an extra loan against the value of his home totaling hundreds of thousands of dollars. But in 2012, financial salvation seemed to have arrived: A publisher paid him $800,000 to write a book about growing up as the son of Cuban immigrants.

In speeches, Mr. Rubio, a Florida Republican, spoke of his prudent plan for using the cash to finally pay off his law school loans, expressing relief that he no longer owed “a lady named Sallie Mae,” as he once called the lender.


Oh, and guess what guys? Marco Rubio had the nerve to buy a speed boat...in Florida. How irresponsible. UPDATE: It was a fishing boat for his family, not an "extravagant" "luxury speedboat" as the NYT claims.

But at the same time, he splurged on an extravagant purchase: $80,000 for a luxury speedboat, state records show. At the time, Mr. Rubio confided to a friend that it was a potentially inadvisable outlay that he could not resist. The 24-foot boat, he said, fulfilled a dream.


Here's a photo of the boat, and no, that isn't Rubio driving the boat.

This is so ridiculous I'm actually laughing at my computer right now. Rubio had student loan debt? Yeah, so? A lot of people do. The Rubios had trouble balancing their spending? Who doesn't? Rubio took out a loan on his home to make ends meet? Good for him, lots of people do. He was paid a hefty amount of money to write a book about his upbringing that he used to pay off debt? Even better. He had more than one home now? Cool, wish I did too. He spent $80,000 on a fishing boat in ocean surrounded Florida after paying off his debt? How could he?!

Marco Rubio and his family are normal people chasing the American Dream and that scares the hell out of "dead broke so we could pay mortgages" Hillary Clinton supporters. The different between Rubio and Clinton is that Rubio embraces success and policies that allow every American to own multiple homes and a speed boat someday. Clinton, however, relishes in wealth instead of encouraging Americans to become wealthy themselves to live the good life. According to Clinton, not everyone can be queen.

I will give the NYT credit for actually digging into the shady and corrupt debacles over at the Clinton Foundation. They should do more of that and less of this.

Editor's note: The headline has been updated to reflect the fact Rubio purchased a fishing boat, not a speed boat. A photo of the boat in question was also added.