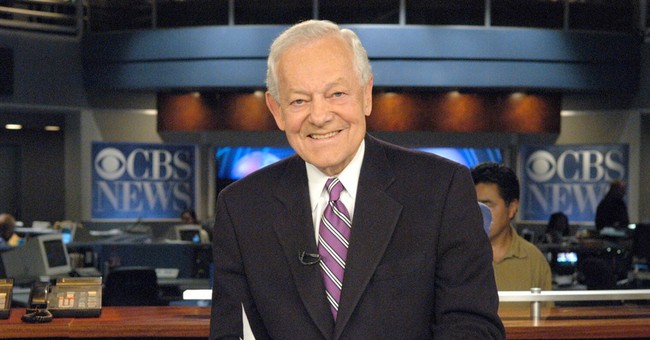 Long-time CBS News anchor and correspondent Bob Schieffer retired last week. In an exit interview with Fox News' Howard Kurtz, Schieffer admitted the media probably should have asked tougher questions about Barack Obama in 2008 and said the press got struck by someone "who came out of nowhere" with an "unusual name."

"Maybe we were not skeptical enough," Schieffer said.

The media is biased and gave Obama a free pass. We know that. But what shouldn't be forgotten is not only the media's failure to vet Obama, but their full-throated defense of his presidency and smearing of an entire sector of the population for daring to question his policies. The sins of the media don't stop at them failing to ask questions of Obama as a candidate. They went out of their way to smear an entire section of the population, everyday Americans who joined the tea party, as a bunch of racist bigots when they dared to question Barack Obama and his administration.

I discussed the issue this morning on America's Newsroom.

Further investigative journalist Sharyl Attkisson, who worked at CBS News for 20 years, did question the Obama administration with reporting on Benghazi and Operation Fast and Furious. When she left CBS, Attkisson cited liberal bias as reasons why her work didn't make air.

Politico‘s Dylan Byers reported Monday that Attkisson “had grown frustrated with what she saw as the network’s liberal bias, an outsized influence by the network’s corporate partners and a lack of dedication to investigative reporting.”

“She increasingly felt like her work was no longer supported and that it was a struggle to get her reporting on air,” Byers wrote.