Huh: It Sure Looks Like Some Ferguson Protestors Were Paid To Do So By Liberal Organize Missouri 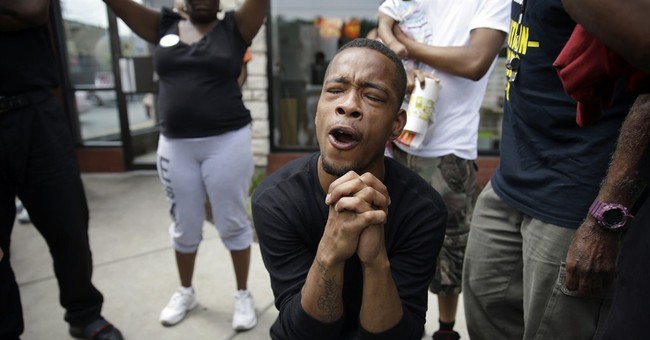 Remember the protests (and riots) in Ferguson last summer? It looks like at least some of the protestors were told they would be paid to show up and now they're upset the checks haven't arrived yet. Weaselzippers has the full story and the screen shots showing "protestors" using the Twitter hashtag #cutthecheck in response to non-payment. Based on tweets, Organize Missouri is responsible for issuing payments.

On May 14, protesters, upset with not being paid their promised checks for protesting, protested outside MORE, Missourians Organizing For Reform and Empowerment, an ACORN organization which had received funding through George Soros to fund the protests.

This is far from the first time protestors have been paid to show up "for the cause." In fact the woman behind similar ordeals like Occupy Wall Street, Lisa Fithian, is a professional agitator and organizer who is paid by a number of progressive organizations to stir unrest in communities all over the country.