After a week of protests and the funeral of 25-year-old Freddie Gray, who recently died in police custody of serious injuries, rioters took to the streets of Baltimore late Monday afternoon and rampaged through the city until the early hours of the morning burning buildings, cars, looting local stores, attacking police and reporters. Fifteen police officers were injured and the hoses being use by firefighters to put out an inferno at a CVS were cut.

"Yes, we planned for it. That wasn't the issue," Batts told reporters late Monday. "We just had too many people out there [for us] to overcome the numbers we had." The commissioner added that the rioters had pulled his officers to "opposite ends of the city" and had "outnumbered us and outflanked us."

"These acts of violence and destruction of property cannot and will not be tolerated," Hogan said at a late-night press conference. The governor also said he was deploying 500 state troopers and had asked for 5,000 officers from neighboring states to deal with the violence.

What happened in Baltimore is being called a race riot, despite the fact that the majority of the police officers and government officials working in the city are African-American. 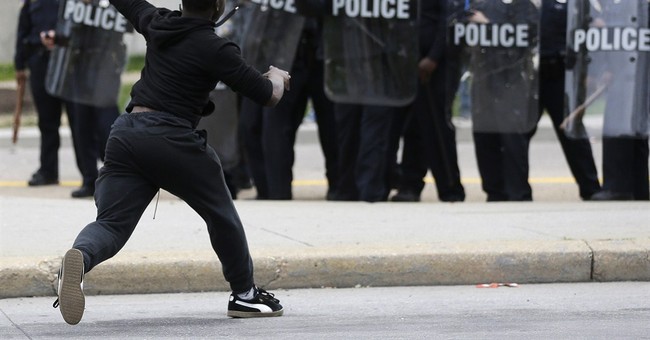 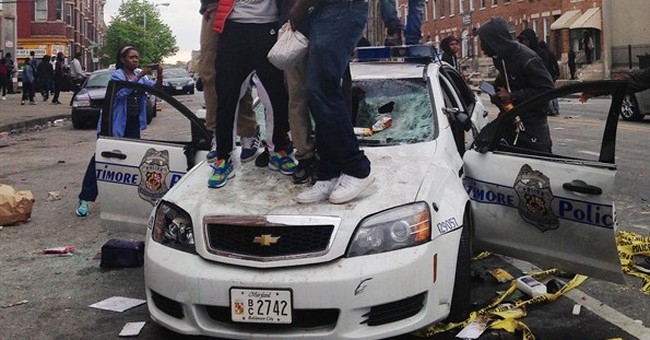 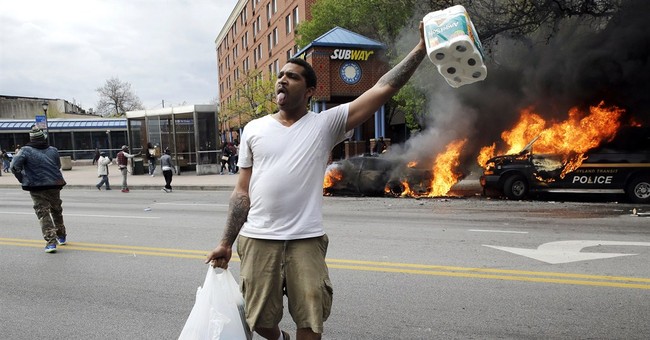 Local residents and business owners are describing the situation as "heartbreaking" and are cleaning up their community this morning.

This is Jason Butler. He showed up this morning to clean up a devastated neighborhood #BaltimoreRiots pic.twitter.com/A6jFFDLphZ

Newly minted Attorney General Loretta Lynch, who was sworn in last Friday, has sent DOJ officials to Baltimore to investigate.