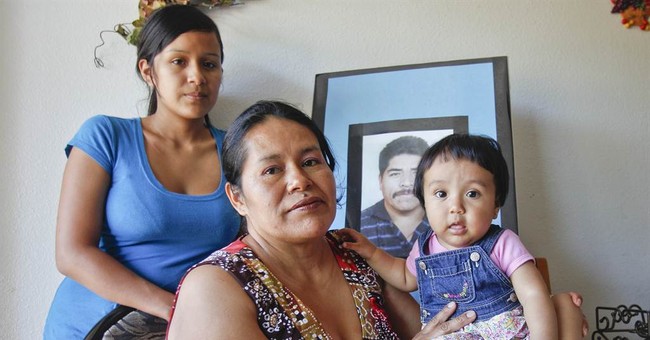 The debate about President Obama's executive action on illegal immigration is ongoing and the issue is sure to be a hot topic on the 2016 presidential campaign trail, but a new Rasmussen Report shows the vast majority of Americans do not believe the federal government is aggressive enough with deporting illegal immigrants.

Just 16% of Likely U.S. Voters think the U.S. government is too aggressive in deporting those who are in the country illegally. A new Rasmussen Reports national telephone survey finds that 62% believe the government is not aggressive enough in deporting these illegal immigrants, up from 52% a year ago and 56% in November. Fifteen percent (15%) feel the current number of deportations is about right.


Further, a majority of Americans do not believe children brought to the United States illegally by their parents should be able to stay and want welfare benefits for illegal immigrants cut off.

But then most voters (54%) continue to feel that a child born to an illegal immigrant mother in the United States should not automatically become a U.S. citizen, as is now the case. Thirty-eight percent (38%) favor the current policy of automatic citizenship for these children. Opposition has ranged from 51% to 65% in surveys since April 2006. Support has been in the 28% to 41% range in that same period.

An overwhelming 83% of voters think someone should be required to prove they are legally allowed in the United States before receiving local, state or federal government services. Just 12% disagree. These findings have changed little over the past four years.


Earlier this year U.S. District Judge Andrew Hanen issued a stay in the implementation of President Obama's executive action on illegal immigration until a lawsuit from 26 states against the action is carried out through the courts.

Twitter CEO Admits: We Have No Proof the Hunter Biden Story Is False
Katie Pavlich
Sen. Gardner Asks Dorsey Why He's Hidden Trump's Tweets, But Not the Ayatollah's
Cortney O'Brien