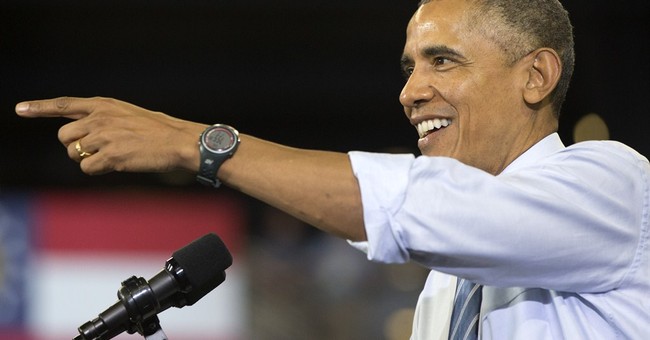 The most transparent administration in U.S. history is preparing to exempt a key White House office from Freedom of Information Act requests thanks to Bush administration precedent. More from The Hill:

The White House on Tuesday will announce new rules exempting an administrative office from subjection to the Freedom of Information Act (FOIA), which allows citizens to obtain government documents from federal agencies.

In a Federal Register notice scheduled to publish Tuesday morning, the action to exempt the Office of Administration is listed as a final rule, which means there will be no opportunity for public comment.

While much of White House operations are not subject to FOIA laws and regulations – including the president, vice president and immediate advisors – one of its largest offices, the Executive Office of the President, must hand over certain documents when requested.

The Executive Office of the President is headed by the president’s White House chief of staff and includes the Office of Management and Budget and the Council of Economic Advisors.

The Office of Administration is also within the Executive Office of the President – and complied with FOIA requests for years – but stopped doing so during the Bush administration.

Amazing. Stripping themselves from basic FOIA requests without allowing the public to comment.

The White House is using the argument that because the Executive Office isn't technically an agency, it isn't subject to FOIA. A court ruling has determined the same and uses the Bush administration's decision to stop fulfilling FOIA requests as precedent. That isn't the point. Regardless of whether the Executive Office is an "agency," based on President Obama's transparency promise, the Office should be open to fulfilling FOIA requests. Further, Obama pledged to be different than the Bush administration in terms of government transparency. The opposite has happened.

Meanwhile, a USA Today editorial board op-ed argues the administration stiff arms FOIA requests across the federal government despite requirements by law to comply and provide documents.

Many federal agencies haven't gotten it.

They slow-walk requests under the Freedom of Information Act (FOIA), which was passed a half-century ago to ensure public access to government business — which, in fact, is the people's business.

Delays can last for years. Long before news broke this month that Hillary Clinton used private e-mail for government business while she was secretary of State, the Associated Press had sought records from Clinton's tenure. The AP made its first request five years ago. Last week, tired of waiting, it filed suit to force release.

How tenaciously does government guard its secrets? One group has been battling the State Department for more than 13 years for details of phone conversations of former secretary of State Henry Kissinger in the 1970s.

This arrogant attitude — that government information doesn't belong to the people — extends even to issues of public safety.

Last year, after reports that 19 veterans died and dozens were injured by delays in medical screenings at VA hospitals, the Department of Veterans Affairs refused to release the names of the hospitals. The VA denied FOIA requests from a reporter. After a battle and pressure from Congress, the VA finally relented.

In general, agencies don't relent. They deny all or key parts of requests, often by stretching the meaning of the law.

"Transparency and the rule of law will be the touchstones of this presidency."