Rubio: Obama is Using a Talking Point of The Castro Regime 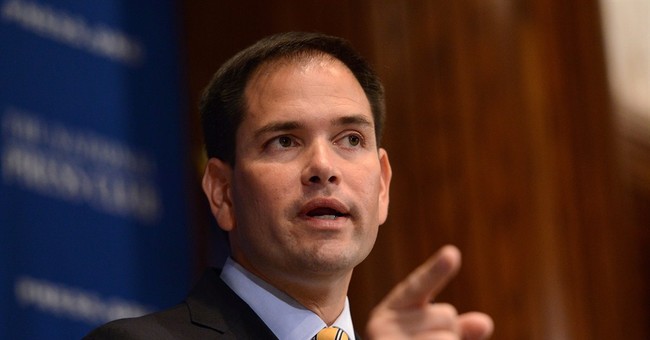 Last night Senator Marco Rubio, whose parents fled just before Castro's brutal regime takeover, made an appearance on Fox News to discuss President Obama's plans to normalize the relationship between the United States and Cuba.

Rubio specifically addressed comments made by Obama yesterday that the United States has tried to "colonize" Cuba, pointing out that statement is propaganda used directly by Dictator Raul Castro himself.

"I don't know what he's talking about, the United States tried to colonize Cuba? I don't know of anyone who seriously believes that. That's a talking point of the Castro regime. In fact, that was a term that Raul Castro used today in his address to the Cuban people, that this is walking away from the era of colonialism. I have no idea what he [Obama] is talking about when he says something like that. It's an outrageous statement," Rubio said. "When it comes to Cuba in specific is that I think this president believes that much of what's happened between these two countries is the fault of the United States and I think that has led him to make many of these decisions."

"It's a very simple equation, you have a government that controls every aspect of society. You have a military, you saw Raul Castro today wearing his military uniform, they have a military that basically controls the island and every aspect of it. The more money comes in from the United States, to their economy, the more money will line their pockets. Very little of it will trickle down to the Cuban people," Rubio continued. "It is one ridiculous statement after the other that this President made during this announcement."

Lawmakers on both sides of the aisle have condemned Obama's move and plan to take steps on Capitol Hill to stop him.

Editor's note: A previous version of this post said Rubio's parents fled Castro's regime. His parents left Cuba in 1956, the year the revolution started. Fidel Castro took over Cuba in 1958. The initial passage has been changed for clarification.