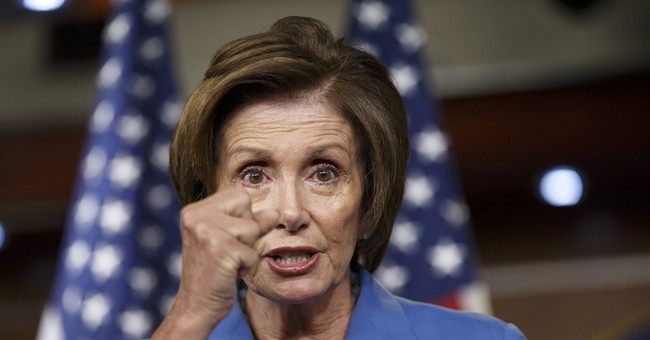 Last night the House passed a $1.1 trillion spending bill in a last ditch effort to keep the government open but not before Minority Leader Nancy Pelosi took to the House floor to criticize the White House.

In a rare moment of public splintering among Democrats, Pelosi said she was "very disappointed" in President Obama's decision to move forward with the legislation and objected to language in the package that she claims weakens important financial restrictions in Dodd-Frank.

“I'm enormously disappointed that the White House feels that the only way they can get a bill is to go along with this and that would be the only reason they would sign such a bill that would weaken 'a critical component of financial system reform aimed at reducing taxpayer risk.' Those are the words in the administration's statement," Pelosi said on the House floor.


More details on Pelosi's objections from The Hill:

Liberal Democrats are up in arms over two GOP amendments to the sweeping year-end spending bill. The first would undo parts of the Democrats' 2010 Dodd-Frank Wall Street reform law; the second would allow wealthy donors to give a great deal more money to political parties.

Pelosi and the Democrats have panned those inclusions, arguing that, not only are they bad policies, but they have no business in a government spending bill.

Obama disagrees. In a statement issued Thursday, the White House said it would back the spending package despite reservations over the controversial provisions.


The $1.1 trillion package is now waiting for approval in the Senate, where lawmakers have given themselves two extra days of government funding to get the bill passed.