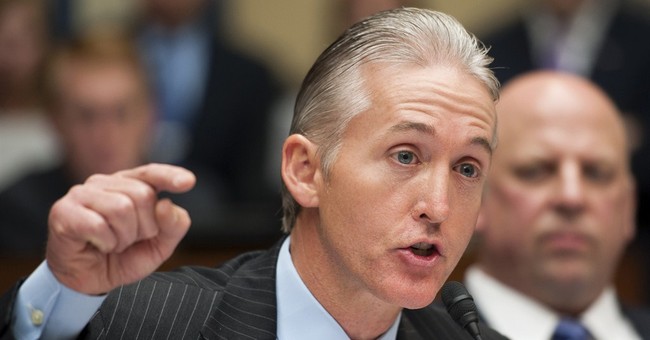 Last night on The Kelly File, South Carolina Congressman Trey Gowdy made an appearance to address comments made by Obamacare architect and MIT professor Jonathan Gruber in 2013 about the deliberate "tortuous" language used to mislead "stupid" Americans about the healthcare overhaul in order to get it through Congress.

"I can't get past the irony to get to the arrogance. The most transparent administration since the continent shifted had to rely on artifice and deception to pass its signature piece of legislation, you can't make that up. He had to lie to people and then he justified it so I can't even get past the irony of that to get to the arrogance of him calling our fellow Americans stupid," Gowdy said. "I would say to the professor... you want to see how stupid the American citizens are take a look at last Tuesday night because they rejected you, this bill and this administration."

"He just proved that he is willing to lie. He's willing to lie because he has the arrogance of thinking that he knows what is best for this country and the citizens and voters do not, so keep that in mind the next time anybody tries to sell you on a big piece of legislation by calling this comprehensive," Gowdy continued, adding that he'd like to see someone from the administration apologize for what Gruber said. "They lied, they got away with it and they got the bill that they wanted."

During the show, host Megyn Kelly pointed out that the Obama administration presented Gruber as an "honest broker" to the American people when Obamacare was being debated and eventually passed in 2010. She also ran through a list of examples of how many times Gruber visited the White House and his extensive relationship with President Obama as a top advisor and architect of the law.