Incredible: CDC Told Second Nurse Exposed to Ebola to Fly With a Fever 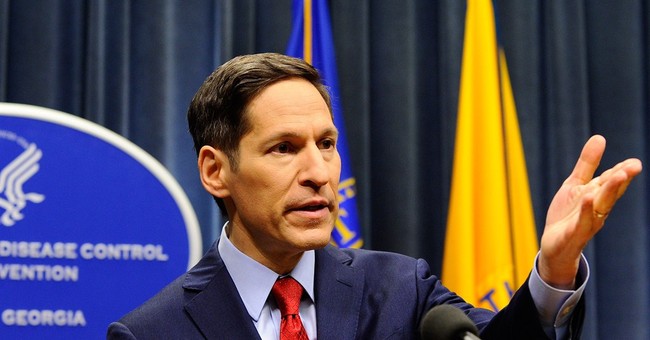 Yesterday we learned a second Texas nurse named Amber Vinson contracted Ebola after treating patient Thomas Eric Duncan before his death at a Dallas hospital. We also learned that Vinson got an airplane from Dallas to Cleveland and back knowing she had been exposed to Ebola and also knowing her co-worker was in the hospital fighting the deadly and highly contagious disease. She also had a fever.

But now, we're learning the incompetence and negligence surrounding the situation is even worse. Vinson told the CDC about her fever, asked them if it was okay for her to fly and CDC officials told her yes. Remember, according to the CDC Ebola is contagious when a person is showing symptoms of the disease. A fever is one of those symptoms. More from CBS:

In the case of Amber Vinson, the Dallas nurse who flew commercially as she was becoming ill with Ebola, one health official said "somebody dropped the ball."

The Centers for Disease Control and Prevention said that Vinson called the agency several times before flying, saying that she had a fever with a temperature of 99.5 degrees. But because her fever wasn't 100.4 degrees or higher, she didn't officially fall into the group of "high risk" and was allowed to fly.

Officials in the U.S. have been trying to calm fears over the Ebola crisis, but time and again events have overtaken their assurances.

Yesterday the CDC asked passengers who were on the same Frontier Airlines flight as Vinson to call 1-800-CDC-INFO.