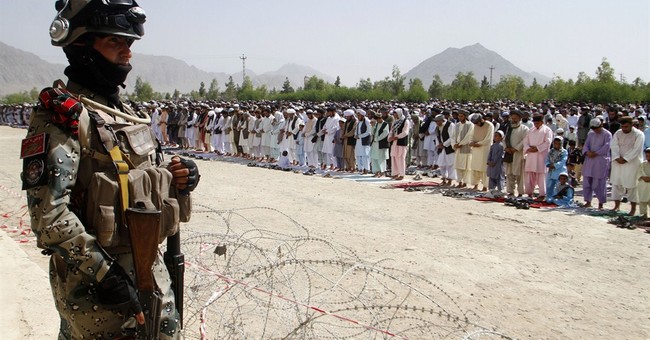 In more good news coming out of the Middle East today, hundreds of thousands of weapons given to Afghan National Security Forces (ANSF) by the United States, including machine guns, are missing.

According to a report issued earlier this month from the Special Inspector General for Afghanistan Reconstruction (SIGAR) titled Afghan National Security Forces: Actions Needed to Improve Weapons Accountability, nearly half of weapons issued are unaccounted for.

"Controls over the accountability of small arms provided to the ANSF are insufficient both before and after the weapons are transferred. Accountability over these weapons within DOD prior to their transfer to Afghan ownership is affected by incompatible inventory systems that have missing serial numbers, inaccurate shipping and receiving dates, and duplicate records, that may result in missing weapons prior to transfer to the ANSF," the report states. "However, the problems are far more severe after the weapons are transferred to the ANSF. ANSF record-keeping and inventory processes are poor and, in many cases, we were unable to conduct even basic inventory testing at the ANSF facilities we visited. Although CSTC-A has established end use monitoring procedures, the lack of adherence to these procedures, along with the lack of reliable weapons inventories, limits monitoring of weapons under Afghan control and reduces the ability to identify missing and unaccounted for weapons that could be used by insurgents to harm U.S., coalition, and ANSF personnel."

Through corruption and bad accounting practices, these weapons more than likely in the wrong, violent hands of terrorists.

Tucker Carlson Zeroes in on the Left's 'Biggest Fear'
Townhall
Blue-checks are afraid of life getting back to normal. Really. They are tweeting this to their followers right now.
Twitchy
Candace Owens Just Lied to Conservatives About Black Culture Again
Redstate
The Relentless 9-Year Assault on Jack Phillips Unmasks the True Threat of the 'Equality Act'
PJ Media