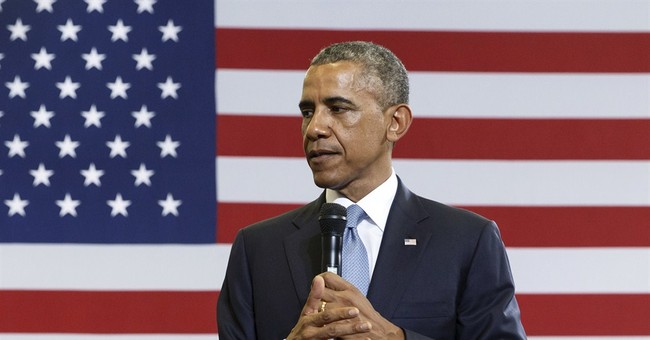 35% want Obama impeached, with nearly two-thirds saying the President should not be removed from office.

There's an obvious partisan divide, with 57% of Republicans but only 35% of independents and 13% of Democrats backing a move to impeach Obama.

The poll's release came one day after the House Rules Committee approved – along a party line vote – a resolution authorizing Speaker John Boehner's lawsuit against the President. The GOP controlled House is expected approve it next week.

Boehner and House Republicans plan to sue Obama over his health care law. They claim he violated the Constitution by circumventing Congress and changing the law's employer mandate on his own.

By a 57%-41% margin, Americans say House Republicans shouldn't file the suit. As with the question on impeachment, there's a wide partisan divide over the lawsuit.

The majority of voters disagree with calls from people like Sarah Palin for President Obama to be removed from the Oval Office.

One of the most important numbers in the poll has to do with President Obama's executive overreach as 45 percent say he has gone too far.

When it comes to expanding the power of the presidency, has Obama gone too far? Forty-five percent say yes, with three in 10 saying the President's actions have been about right, and 22% saying he hasn't gone far enough.

You can see the entire poll here.