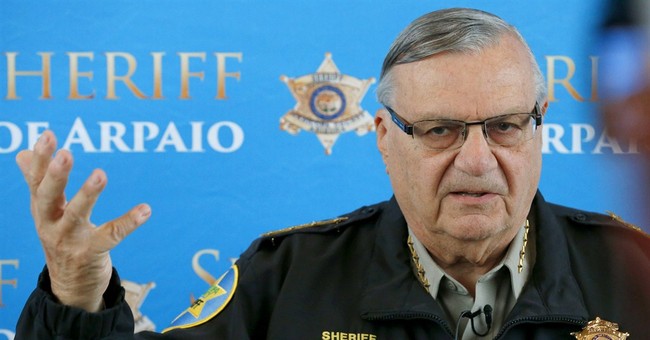 Last night Maricopa County Sheriff Joe Arpaio made an appearance on Fox News' Hannity to discuss the ongoing influx of unaccompanied children and illegal immigrants in Texas and Arizona. Arpaio made the point that it would be cheaper to fly illegal immigrants back to their home countries than it is to fly them from Arizona to Texas as the federal government has been doing for weeks as Border Patrol facilities continue to be overwhelmed.


One key point Sean Hannity made in the interview is that the federal government is essentially acting as a human smuggler by transporting illegal immigrants from state-to-state. Last week, Congressman Paul Gosar sent a letter to Homeland Security Secretary Jeh Johnson demanding the administration terminate its alien smuggling policy.

"I demand the Administration immediately terminate this atrocious transfer policy. Furthermore, the administration should take the necessary steps to secure our border and should take bold measures to discourage this influx of illegal aliens from continuing," Gosar said. "The Administration's actions jeopardize our national security and embolden the cartels. Those individuals responsible for this violation of the Rule of Law need to be held accountable and I will continue to push for a congressional investigation, and if necessary a criminal investigation, into this matter."

According to 8 USC § 1324 (a)(1)(A), putting an illegal alien "in a car, bus or plane and transporting them to another location is deemed "alien smuggling" and is a crime."