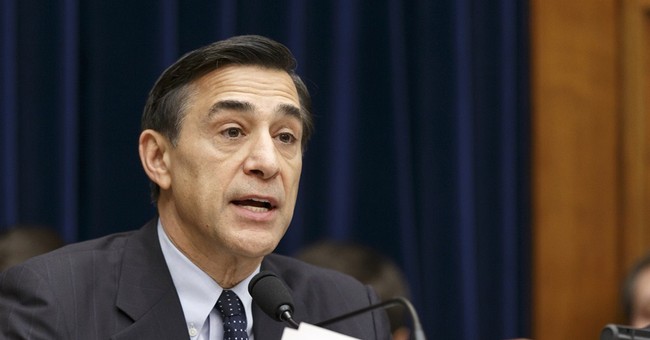 Chairman of the House Oversight Committee Darrell Issa has subpoenaed IRS Commissioner John Koskinen over the most recent claim the IRS has "lost" two years of Lois Lerner's emails between January 2009 and April 2011 due to a computer crash.

"Congress passed the Federal Records Act (FRA) to preserve key documents—such as those that were stored on Lerner’s hard drive—for production to congressional investigators and other stakeholders, including historians and FOIA requesters. The FRA requires agencies to make and preserve records of agency decisions, policies, and essential transactions, and to take steps to safeguard against the loss of agency records,” Issa said in a letter to Koskinen late yesterday. “I will not tolerate your continued obstruction and game-playing in response to the Committee’s investigation of the IRS targeting. For too long, the IRS has promised to produce requested – and, later, subpoenaed – documents, only to respond later with excuses and inaction. Despite your empty promises and broken commitments to cooperation, the IRS still insists on flouting Constitutional congressional oversight."

Back in March, Koskinen said under oath that the emails in question are stored in servers.

"I was astounded and disappointed to learn on Friday that the Internal Revenue Service has lost a substantial portion of e-mails sent or received by former IRS official Lois Lerner from January 2009 to April 2011. For a year, the Committee has sought all of Ms. Lerner's e-mails from the IRS. Because of the IRS' obstruction, I have issued two subpoenas compelling the production of the documents," Issa's letter continues. "At no time until late Friday had the IRS ever informed the Committee that the IRS did not possess all of Ms. Lerner's emails from the applicable period. Indeed, you testified - under oath - during a Committee hearing in March 2014 that you would produce all of Ms. Lerner's emails subpoenaed by the Committee."

The subpoena demands Koskinen testify in front of the House Oversight Committee next week. He is expected to appear Monday night at 7 p.m.