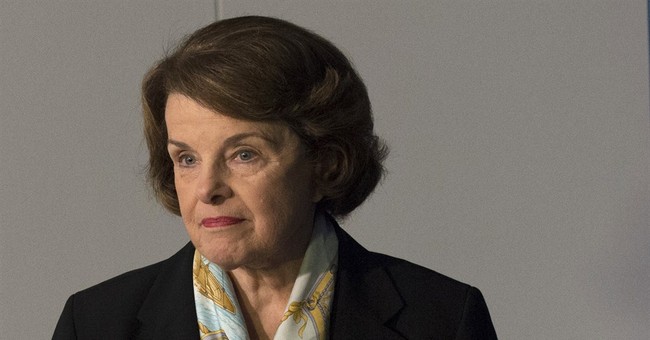 The firestorm surrounding the Obama administration's decisions to allow five high level Taliban members to go free in exchange for Sgt. Bowe Bergdahl without the consent of Congress continues to rage on Capitol Hill. As the details of what many see as a bad deal continue to emerge, with many of Bergdahl's fellow soldiers expressing anger and outrage over him being welcomed home as a deserter, many lawmakers are questioning the legality of the swap.

One of those lawmakers is Democrat Senator Dianne Feinstein, who chairs the Senate Intelligence Committee.

Two top lawmakers on the Senate Intelligence Committee said Tuesday that the Obama administration broke the law by not informing Congress before the prisoner exchange that resulted in Army Sgt. Bowe Bergdahl’s release.

Democratic Sen. Dianne Feinstein and Republican Sen. Saxby Chambliss said the administration violated the law by failing to address serious concerns they had about the deal to swap Bergdahl for five Taliban detainees. Chambliss said he had not had a conversation with the White House about a possible exchange for at least 18 months.

"It comes to us with some surprise and dismay that the transfers went ahead with no consultation, totally not following law," Feinstein told reporters following a closed door meeting. "And in an issue with this kind of concern to a committee that bears the oversight responsibility, I think you can see that we're very dismayed about it ."


Last night on the Kelly File, former federal prosecutor and the man who put who put the Blind Sheik in prison for his role in the first World Trade Center bombing Andy McCarthy, echoed concerns about the rule of law not being followed. McCarthy, who has a new book out, has stated that this situation could be grounds for impeachment. Judge Andrew Napolitano agrees:

In my view, it is a very, very valid argument people are going to start talking about. Look, the last time the president was impeached it was a disaster and it was arguably over nonsense. This is far, far more serious.