Former NSC Spokesman: No, Obama Was Not in the Situation Room During Benghazi Attack 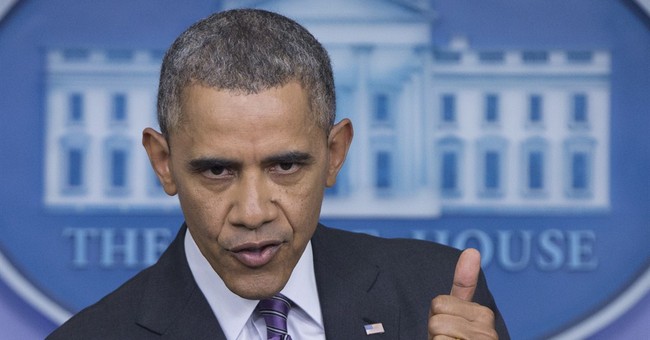 Last night on Fox News' Special Report, former National Security Council Spokesman Tommy Vietor admitted that President Obama was not in the situation room the night of the 9/11 Benghazi attack. After making the admission, host Bret Baier followed up by asking where President Obama was that night, to which Vietor deflected and said, "In the White House." More from RCP:

BAIER: Where was the president?

VIETOR: In the White House.

BAIER: He wasn't in the Situation Room?

VIETOR: At what point in the evening?

BAIER: Any point in the evening.

VIETOR: It's well known that when the attack was first briefed to him it was in the Oval Office and he was updated constantly. And during that briefing he told Tom Donilon and his Joint Chiefs and Sec Def to begin moving all military assets into the region.

VIETOR: I don't know. I don't have a tracking device on him in the residence.

BAIER: But you were in the Situation Room and he wasn't there.

VIETOR: Yes, I was in the White House.

BAIER: And the president wasn't in the Situation Room?

VIETOR: Not in the room I was in. Let's just be clear. You don't have to be in the Situation Room to monitor an intelligence situation. The PDB is in the Oval Office.


During the same interview, Vietor said, "Dude, this was like, two years ago," which is apparently his version of "what difference, at this point, does it make?"

At this point, we still do not know where President Obama was on the night of the attack or what exactly he was doing while four Americans fought for their lives in Benghazi.
Sad: Here's How Pete Davidson Repaid Dan Crenshaw's Magnanimity
Guy Benson

Stunning: Dan Bongino Reveals FBI 302 from May 2017; FBI Team Tells Rod Rosenstein the President Is NOT a Suspect
Redstate
Turley: Dems have more than 150 million ways to sound stupid on gun issues, you know
Hotair