Judgement Day: Time to Get Enrolled in Obamacare Ends Today...Sort Of 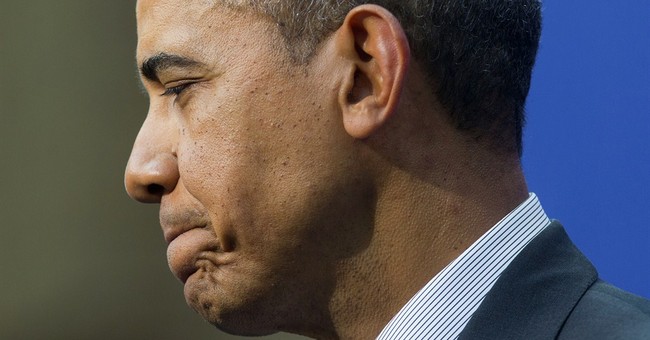 The deadline to signup for Obamacare technically ends today as the open enrollment period comes to an end. The White House is likely to fall short of its signup goal of seven million people. Last week, the White House announced that people who are "standing in line" for an Obamacare plan will be given an extension past the March 31 deadline to sign up. Open enrollment starts again on November 15.

Naturally on the last day for signups, Healthcare.gov was down earlier this morning. There is currently an alert on Healthcare.gov that says, "During times of especially high demand, you may be queued to begin your online Marketplace application to ensure the best possible shopping experience."

BREAKING: on deadline day to enroll for new coverage, http://t.co/GBDCZGg2qN is DOWN. Users cannot log in to accounts pic.twitter.com/TdzCnpma5j


The White House claims six million people have signed up for Obamacare so far, but will not provide data verifying the numbers and officials have said the Department of Health and Human Services isn't keeping track of how many people have actually paid for plans. Back in October when the exchanges first launched, the definition of "enrolled" in an Obamacare health plan simply meant putting a plan in the online shopping cart at Healthcare.gov. Since October, there has been no announcement saying that definition has changed.

With the Obamacare deadline less than 24 hours away, White House officials are still touting the healthcare overhaul as a major success while just 26 percent of the Americans support the law.

Public support for President Barack Obama’s health care law is languishing at its lowest level since passage of the landmark legislation four years ago, according to a new poll.