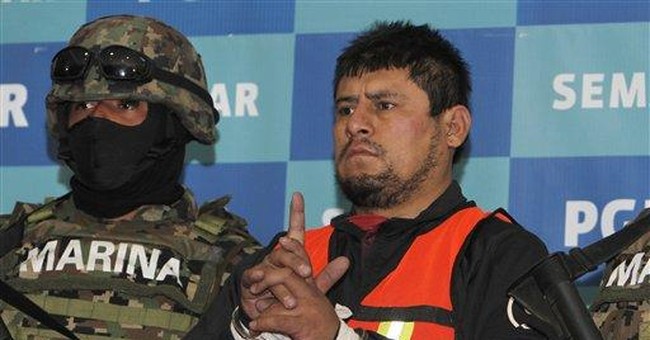 The infamous leader of the Sinaloa cartel, Joaquin "El Chapo" Guzman, was finally arrested and taken into custody last week, bringing an end to a brutal era in the Mexico's drug war. But as the cartels make their way back into the news with Guzman's arrest, a majority of Americans believe the Mexican government isn't doing enough to crack down on their violent and illegal activity. From Rasmussen:

The question now becomes, what happens to the Federation and violence in Mexico with El Chapo gone? The biggest danger when a kingpin is killed or arrested is that there will be a power vacuum. The fighting and bloodletting starts when either members of that cartel or rivals start to compete for the position. Rival cartels see the elimination of a kingpin as a sign of weakness and an opening to move in and seize territory. Los Zetas are the Federation’s biggest rival, and will be watching the transition closely for any opportunity.