Eric Holder To State Attorneys General: You Don't Have to Enforce Laws You Disagree With 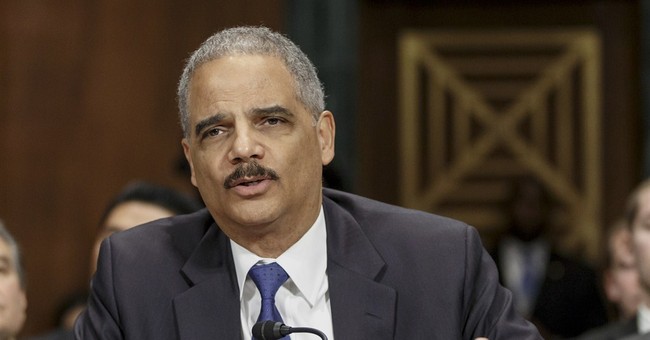 Attorney General Eric Holder is taking the lawless attitude of the Obama administration and passing it down to state attorneys general. Yesterday during an interview with The New York Times, Holder said state attorneys general do not have to enforce laws they disagree with, specifically when it comes to the issue of gay marriage.

It is highly unusual for the United States attorney general to advise his state counterparts on how and when to refuse to defend state laws. But Mr. Holder said when laws touch on core constitutional issues like equal protection, an attorney general should apply the highest level of scrutiny before reaching a decision on whether to defend it. He said the decision should never be political or based on policy objections.

“Engaging in that process and making that determination is something that’s appropriate for an attorney general to do,” Mr. Holder said.

In 2011, the Obama administration announced attorneys in the Department of Justice would not enforce the Defense of Marriage Act, which was later struck down in 2013 by the Supreme Court.