Poll: Majority Believe Purpose of Obamacare Is For Government to "Control Our Lives" 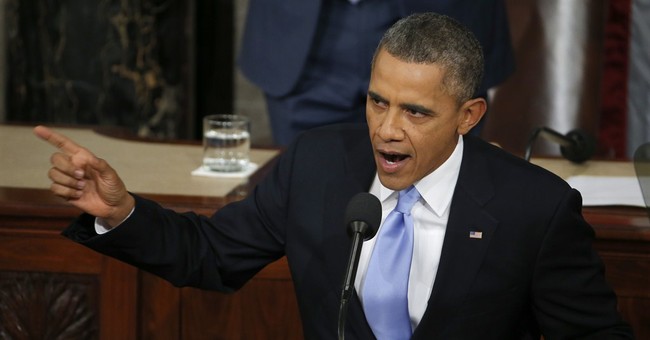 Looking back on the passage of Obamacare it's important to remember two things: zero Republicans voted for the legislation and it was forced down the throats of the American people based on dozens of lies. We were told Obamacare would help the economy, the opposite is true. Millions were told if they liked their healthcare plans, they could keep them. Four years later and people can't keep their health insurance plans, doctors and in some cases, their jobs thanks to Obamacare.

According to new polling from Fox News, a majority of voters do not believe knowing what we know today about the negative impacts of Obamacare that the legislation would have passed in the first place.

Over half of American voters regret that the Affordable Care Act passed, and nearly two-thirds say it never would have -- if we knew then what we know now.

Fifty-five percent of voters wish the health care law had never passed. That includes majorities of young people under age 30 (55 percent) and those with annual household incomes under $50,000 (52 percent), as well as more than a quarter of Democrats (28 percent).

Some 37 percent are glad the law passed.

The poll also finds that by a 51-42 percent margin, people think in the long run the law will be bad for the country.


Overall, 64 percent of voters don’t think the law would have passed if we knew back in 2009 what we know today.

What exactly was the point of Obamacare again? Americans, including 60 percent of independents, say the bill isn't about healthcare, but about controlling their lives.

By a 16 percentage-point margin, people think the health care law is more about the government “controlling our lives” (56 percent) than about “helping individual Americans get the health care they want” (40 percent).

Most Republicans (80 percent) and independents (60 percent) think the health care law is about government controlling our lives. A third of Democrats agree (33 percent).

And who exactly are Americans, including Democrats, holding responsible for the Obamacare disaster? Not Republicans.

Fully 76 percent of voters overall and 61 percent of Democrats blame the Obama administration for mismanagement of the roll-out and implementation of the new health care system.

When the bill passed, just 15 percent of the country didn't have health insurance. According to Gallup, an overwhelming majority of those uninsured aren't interested in obtaining health insurance through Obamacare. Barack Obama and the Democrats completely overhauled one-sixth of the American economy to insure a tiny fraction of people who no doubt could have been helped in other ways.