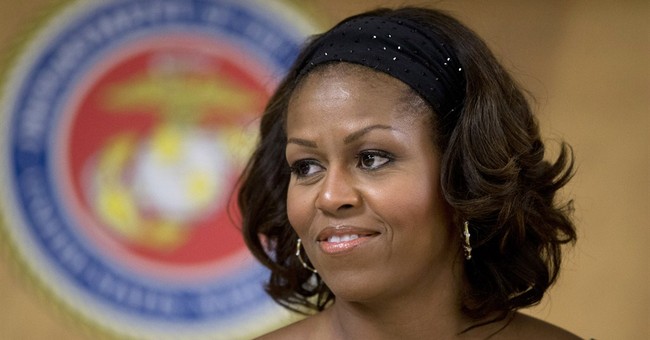 In her latest interview with People Magazine, First Lady Michelle Obama was asked to name female role models she would like to emulate when she gets older. Her choices? Actresses Cicely Tyson and Jane Fonda, infamously known as Hanoi Jane for supporting the enemy during the Vietnam War.

"I just went to see Cicely Tyson on Broadway. She is in her 80s [just turned 80 in December] and did a two-hour play with stamina and passion. I told her 'I want to be you when I grow up!'" And then she added: "There's Jane Fonda, a beautiful, engaged, politically savvy, sharp woman."

As a reminder, in 1972 Fonda was photographed laughing with North Vietnam enemy soldiers while sitting on an anti-aircraft gun that was being used to shoot at U.S. planes. 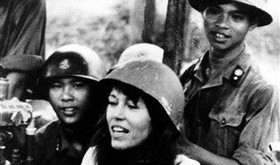 But Fonda's anti-American stances and disrespect for U.S. troops didn't end in the 1970s. Most recently, she told American veterans to "get a life" after criticism Fonda shouldn't be playing the role of Nancy Reagan in The Butler.

Larry Reyes, a Navy veteran and founder of the “Boycott Hanoi Jane Playing Nancy Reagan” Facebook page has been particularly vocal about the casting decision, given Fonda’s past frolicking with the enemy during the Vietnam War.

“Growing up in a military family I heard my father and uncles talk about what Jane did, so from an early age I knew about her history with the war and how upset veterans were about it. Yet it amazed me that people just turned their backs and kept supporting her exercise videos and movies. I made a commitment early on not to support her projects,” Reyes told FOX411’s Pop Tarts column. “Then when I heard she was going to play such a well-liked and highly respected president’s wife, it got to me. They (the filmmakers) knew by picking Jane for the part they were going to stir up some stuff. I’m not a conservative or a liberal, I’m an American. And that was a slap in the face.”

This week, Fonda had a simple message for Reyes and the page's fans.

In a statement to The Hollywood Reporter, Fonda said of her casting: “If it creates hoopla, it will cause more people to see the movie… I figured it would tweak the right. Who cares?”