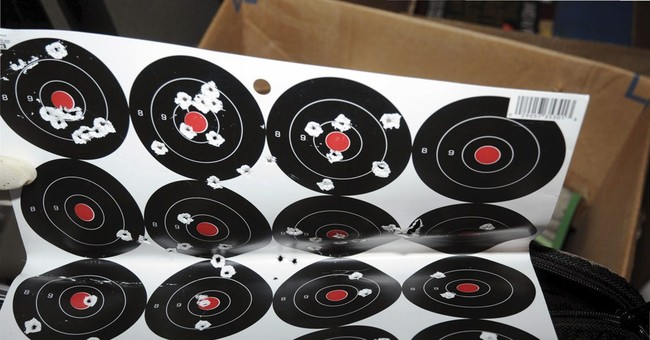 According to new information released by the National Shooting Sports Foundation at the 2014 SHOT Show is Las Vegas, target shooting went up by 18.6% in 2012 and the number of excise taxes paid on firearms and ammunition increased by 15% in 2013 over 2012. Target shooters spend $10 billion annually on equipment, services and travel.

On average, new shooters spend $515 on their first gun and another $500 in accessories. Within the first year of a first purchase, new guns owners bought a second gun after the second year. According NSSF, home and self-defense were overwhelmingly the top two reasons why people became first time gun owners in 2012. Out of all first time gun owners, 38.6% of them cited home defense with self defense following at 19.5%. Hunting came in third at 13.4%.

“Their focus was predominantly home defense and self defense,” Owner of the research firm Infomaniacs Laura Kippen said during a presentation, adding that new shooters are going to family and friends for advice about how to purchase their first firearm.

In 2012, the firearm and hunting industries added enough money to the economy that by comparison, the industry would be the 50th company on the Forbes 500 list with $110 billion in economic impact. In addition, the industry would be the 7th largest employer in the world with 866,000 jobs while adding $15.2 billion to the federal tax revenue stream. Target shooters spending $9.9 billion annually, more than the National Football League’s annual revenue.