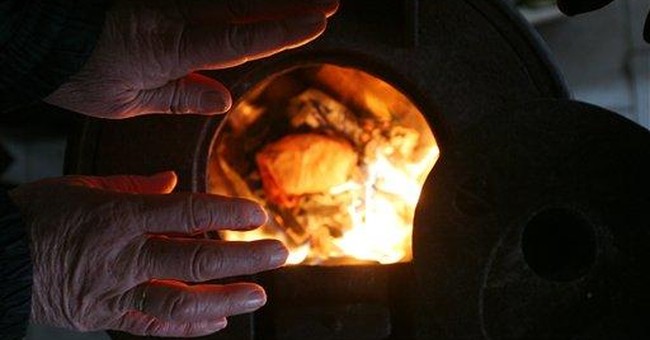 As the country tries to survive sub-zero temperatures and a "polar vortex," the Environmental Protection Agency is focused on regulating wood burning stoves.

The federal Environmental Protection Agency has proposed new standards for wood stoves that would reduce the maximum amount of fine particulate emissions allowed for new stoves sold in 2015 and 2019.

Maximum emissions would be reduced by one-third next year and by 80 percent in five years, the Fairbanks Daily News-Miner reported.

Wood burning stoves are typically used to keep homes warm, but more importantly, they're key to surviving in a freezing environment without electricity. Ironically, they're also a source of renewable energy, gas stoves are not.

The silver lining? The new regulations will only apply to new wood burning stoves.