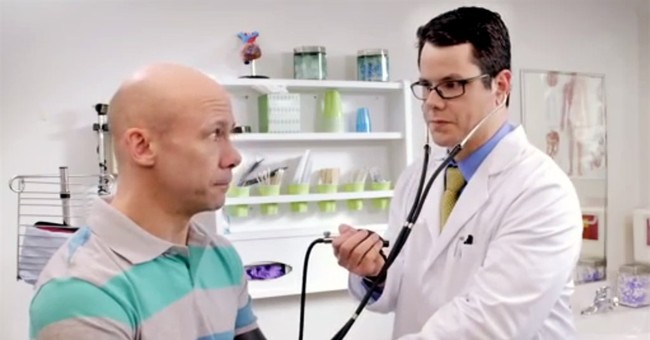 Despite being one of the bluest states in the country and one of the first to implement state based Obamacare exchanges, doctors in California are boycotting Obamacare...a whopping 70 percent of them.

An estimated seven out of every 10 physicians in deep-blue California are rebelling against the state's Obamacare health insurance exchange and won't participate, the head of the state's largest medical association said.

“It doesn't surprise me that there's a high rate of nonparticipation,” said Dr. Richard Thorp, president of the California Medical Association.

Thorp has been a primary care doctor for 38 years in a small town 90 miles north of Sacramento. The CMA represents 38,000 of the roughly 104,000 doctors in California.

So why exactly the push back? Under Obamcare, doctors are practically expected to work for free.

“We need some recognition that we’re doing a service to the community. But we can’t do it for free. And we can’t do it at a loss. No other business would do that,” he said.

Once again the argument that Republicans are blocking Obamacare's implementation and fear mongering about the law is completely blown out of the water. This isn't the first time we've seen major concerns or push back against Obamcare in the Golden State. Earlier this year, top California Democrat and Insurance Commission Dave Jones warned about fraud and identity theft risks posed to consumers on the exchanges.

The state insurance commissioner and anti-fraud groups say the exchange is falling short in ensuring that the people hired as counselors are adequately screened and monitored.

Insurance Commissioner Dave Jones also said the exchange does not have a plan for investigating any complaints that might arise once the counselors start work. That means consumers who might fall prey to bogus health care products, identity theft and other abuses will have a hard time seeking justice if unscrupulous counselors get ahold of their Social Security number, bank accounts, health records or other private information, he said.

"We can have a real disaster on our hands," Jones, a Democrat, said in an interview.


Doctors boycotting Obamacare is the least of our worries, the biggest problem is doctors choosing the leave medicine completely as a result of the healthcare law. According to a recent survey, more than 60 percent of doctors plan to leave medicine early as Obamacare changes the way America does medicine.

Most physicians have a pessimistic outlook on the future of medicine, citing eroding autonomy and falling income, a survey of more than 600 doctors found.

Six in 10 physicians (62%) said it is likely many of their colleagues will retire earlier than planned in the next 1 to 3 years, a survey from Deloitte Center for Health Solutions found. That perception is uniform across age, gender, and specialty, it said.

Another 55% of surveyed doctors believe others will scale back hours because of the way medicine is changing, but the survey didn't elaborate greatly on how it was changing. Three-quarters think the best and brightest may not consider a career in medicine, although that is an increase from the 2011 survey result of 69%.

"Physicians recognize 'the new normal' will necessitate major changes in the profession that require them to practice in different settings as part of a larger organization that uses technologies and team-based models for consumer (patient) care," the survey's findings stated.


If you think liberals are concerned about a doctor shortage, think again. Just a few weeks back liberal Salon writer Matt Yglesias told "whiny" doctors to shut up about lesser pay under Obamacare and Democrats on Capitol Hill have offered no serious solutions to solving a doctor crisis and or the lack of reimbursement costs.