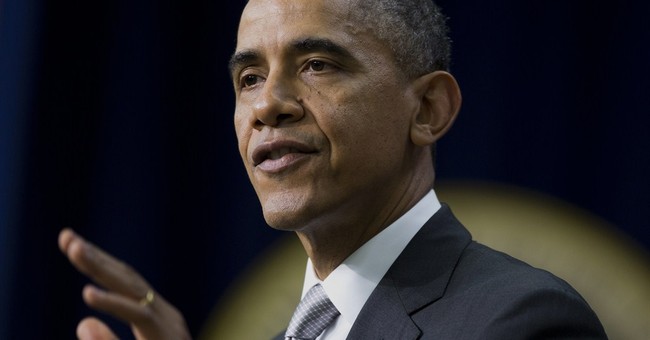 Two weeks ago we learned that a majority of the Obamacare website still hasn't been built, including the payment system. Now, because the payment system isn't built or working properly for people trying to enroll in Obamacare through the federal exchange, insurance companies will be billing the government for subsidies based on "guesses" of how much the government owes them. Welcome to bailout by guestimation:

The administration is planning a “workaround” for payments, said Daniel Durham, vice president for policy and regulatory affairs at America’s Health Insurance Plans.

The Centers for Medicare and Medicaid Services (CMS) has not yet finished building the part of the website that would transfer billions of dollars in subsidies for plan premiums and cost-sharing payments to insurance companies.

Health plans will estimate how much they are owed, and submit that estimate to the government. Once the system is built, the government and insurers can reconcile the payments made with the plan data to "true up" payments, he said.


This "work around" comes as insurance panic kicks in. We've learned this week that nearly a third of people who have "enrolled" in Obamacare won't actually have coverage on January 1 because insurance companies haven't been paid due to a broken website and system.

The government is already really good at wasting taxpayer money, but this situation brings things to a whole new level. The Obama administration, for political reasons, launched the federal exchange on October 1 knowing the site was well incapable of doing pretty much anything and now, taxpayers are footing the bill for the consequences.