Hospitals Suffering From Mass Layoffs Thanks to Obamacare 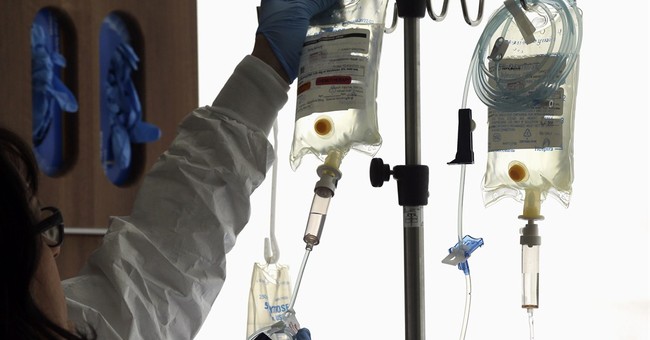 When Obamacare was shoved down the throats of the American people in 2010, doctors, people in the medical industry and conservatives warned the legislation would be a major job killer and guess what? It is.

Last month we saw the Cleveland Clinic, a place Obama touted as the future of healthcare, cutting jobs in order to prepare for Obamacare.

The world-renowned Cleveland Clinic said on Wednesday it would cut jobs and slash five to six percent of its $6 billion annual budget to prepare for President Barack Obama's health reforms.

The clinic, which has treated celebrities and world leaders such as musician Lou Reed, former Italian Prime Minister Silvio Berlusconi and former Olympic gold medal skater Scott Hamilton, did not say how many of its 44,000 employees would be laid off. But a spokeswoman said that $330 million would be cut from its annual budget.

Now, major hospitals around the country are doing the same.

Health care providers announced more layoffs than any other industry last month — 8,128 — largely because of reductions by hospitals, according to outplacement firm Challenger Gray and Christmas. So far this year, the health care sector has announced 41,085 layoffs, the third-most behind financial and industrial companies.

Total private hospital employment is still up by 36,000 in the past 12 months, but it's down by 8,000 since April, and more staff reductions are expected into next year.

This month, Indiana University Health laid off about 900 workers as part of a move to trim its budget by $1 billion over five years. Vanderbilt plans to eliminate 1,000 jobs by the end of the year to help shave operating costs 8% a year.

But not only does this tax increase costs on companies, it also increases costs on hospitals, doctors and people in need of medical treatment that requires medical devices to be used. As a consequence of this, biomedical or medical device engineering firms are already laying off workers who develop crucial medical products due to the "unforeseen" costs, or in other words, the costs of ObamaCare. Not to mention, the more money these companies pay to the government, the less money they have to invest in research and development.

So, what does this all mean? Get ready for the inevitable and previously predicted doctor shortage.