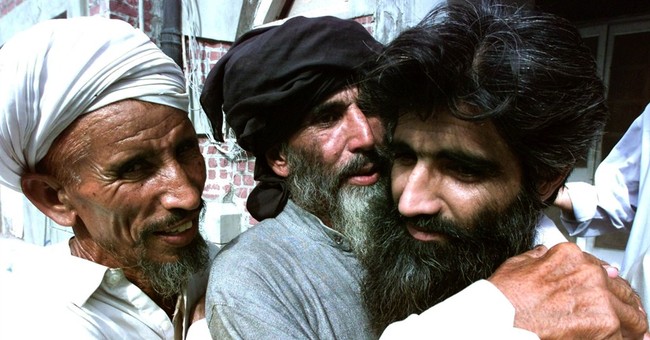 Well, who didn't see this coming. The Taliban is mocking the United States for the government shutdown.

Taliban militants fighting US troops in Afghanistan taunted Washington over the government shutdown on Wednesday, accusing US politicians of "sucking the blood of their own people".

The Islamist militants issued a statement describing how US institutions were "paralysed", the Statue of Liberty was closed and a fall in tourist numbers had hit shops, restaurants and hotels in the capital.

"The American people should realise that their politicians play with their destinies as well as the destinies of other oppressed nations for the sake of their personal vested interests," the Taliban said.

The insurgents accused "selfish and empty-minded American leaders" of taking US citizens' money "earned with great difficulty" and then "lavishly spending the same money in shedding the blood of the innocent and oppressed people".

Meanwhile, frozen death benefits for military families of soldiers killed overseas by these bastards still aren't restored. After 24 hours, the Senate has finally passed legislation from the House reinstating benefits. The terrorists aren't "on the run," they're laughing.