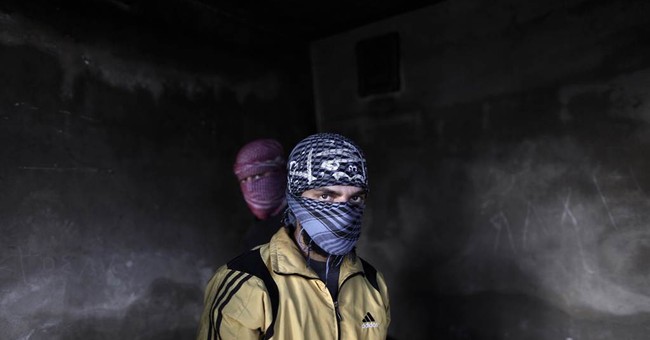 Rebels have attacked a Christian village in the war torn country of Syria, beheading priests and brutally killing others. Not surprisingly, the rebels have ties to al Qaeda.

The rebels launched the assault on the ancient Christian village of Maaloula _ which is on a UNESCO list of tentative world heritage sites _ on Wednesday after an al-Nusra fighter blew himself up at a regime checkpoint at the entrance to the mountain village. The village, about 40 miles (60 kilometers) northeast of Damascus, is home to about 2,000 residents, some of whom still speak a version of Aramaic, the ancient language of biblical times believed to have been spoken by Jesus.

Heavy clashes between President Bashar Assad's troops and Nusra Front fighters persisted in surrounding mountains Thursday, according to the Observatory, which collects information from a network of anti-regime activists.

Speaking by phone from a convent in the village, a nun told The Associated Press that the rebels left a mountaintop hotel Thursday after capturing it a day earlier. The nun said the frightened residents expect the Islamic militants to return to the Safir hotel and resume shelling of the community below.

"It's their home now," the nun said. She spoke on condition of anonymity for fear of reprisals.


Al Qaeda led rebel force groups have also reportedly vowed to continue their attacks on Christians as soon as the United States "liberates" the country from it's President Bashir al-Assad.

Yesterday Republican Senator John McCain inserted an amendment into a resolution approving military force in Syria with a goal of shifting the power on the battle field from the Assad regime and to rebel forces.


Meanwhile in Egypt, Coptic Christians continue to be slaughtered and nearly 100 churches have been burned to the ground.

President Obama and Secretary of State John Kerry haven't commented on the brutality against Christians in Syria and have done very little to protect Christians living in Egypt from violence being waged by the Muslim Brotherhood.