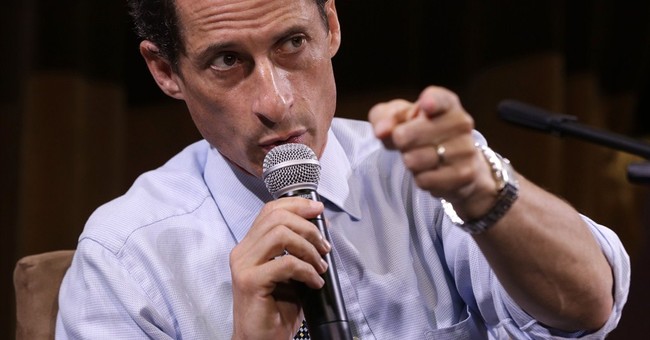 Have no fear everyone, there is hope for the future. Even New Yorkers couldn't handle Anthony Weiner's skeevy personal behavior and his poll numbers show it. Weiner is currently pulling in a whopping four percent of the vote according to Quinnipiac:

And for good measure, this just happened: