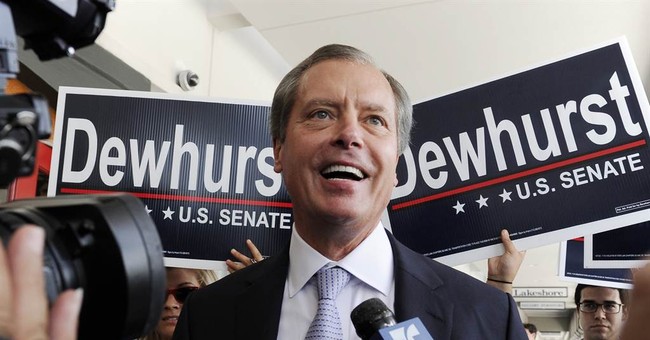 Texas Lieutenant Governor David Dewhurst has been at the forefront of the late-term abortion battle in the Lone Star State and now, he's receiving death threats as a result.

A woman in Texas could shoot @DavidHDewhurst and use "stand your ground" as a defense. Cause that guy is threatening all women in Texas.

During an interview on Fox News' America Live Tuesday, Dewhurst explained why he supports current legislation in the Texas legislature that bans abortions after five months and requires abortion clinics to meet basic medical standards.

"We think we’re protecting women’s health and babies. At the end of the day, our state is a very pro-life state. I mean over the years I’ve passed parental consent, making it a crime to harm an unborn baby, the sonogram bill, a woman’s right to know. And this bill is broken into two parts, just like you said. The first part, we’ve made a decision that with 34 states, Martha, having an earlier deadline than we have in Texas for abortion, and virtually all the countries in Western Europe, including France, we think 5 months is the appropriate time for the deadline on abortion," he said to anchor Marth McCallum. "The second part deals with improving the health care for women. Why in the world, Martha, why would we regulate our clinics differently if we’re taking our child to have their tonsils removed or someone wants cataract surgery versus having an abortion? We want safe facilities."