The Science Behind Late-Term Abortion Bans 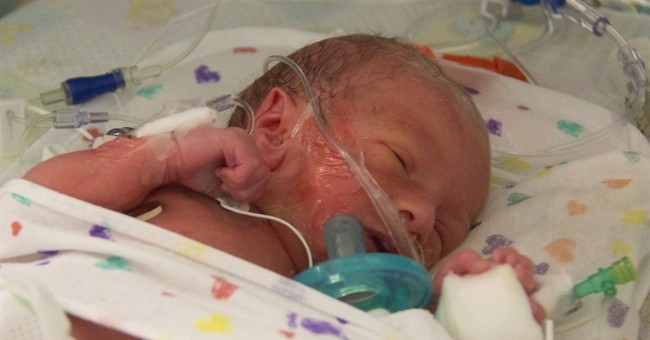 As the debate about late-term abortion continues in Texas, it is important to point out why lawmakers want to approve legislation that bans abortions after five months. The key is in the science.

Meanwhile, a new study backs up these doctors and the science they discuss in the video above. LifeNews has more:

A newly-published research study shows unborn children are capable of feeling pain in the womb, as evidenced by the grimaces they show in their facial expressions.

The study will soon be published in the academic journal PLOS ONE.

Researchers from Durham and Lancaster Universities in England say unborn babies learn to show pain in their facial expressions as part of the process of fetal development. They took 15 scans of healthy unborn children and found that, when responding to painful stimuli, the babies were capable of one-dimensional expressions of pain in their faces at 24 weeks — such as moving their lips in a negative fashion.

At the 36th week of pregnancy, the researchers found unborn children can perform complex multi-dimensional facial expressions similar to what children make after birth.

Lead researcher Dr Nadja Reissland, of Durham University’s Department of Psychology told Sky News, “It is vital for infants to be able to show pain as soon as they are born so that they can communicate any distress or pain they might feel to their carers.”