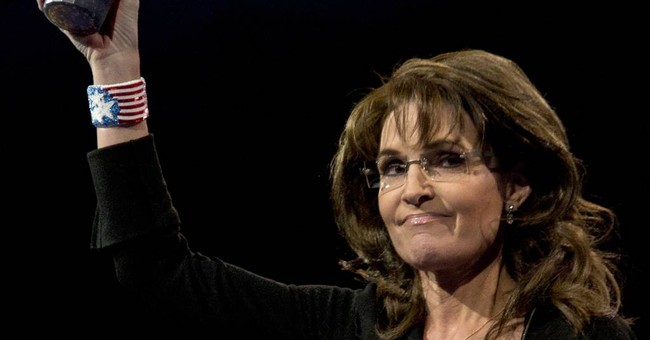 The Gang of Eight's so-called "immigration overhaul" is pretty much dead on arrival in the House, but that isn't stopping Senators Marco Rubio and Kelly Ayotte from voting for it. But apparently, the House not taking up the bill isn't all these two, and maybe other Republicans, have to worry about. Former Alaska Governor Sarah Palin is calling for both to be primaried.

Former Alaska Gov. Sarah Palin, who has the most influence among conservative voters in Republican primaries, told Breitbart News on Tuesday that Sens. Marco Rubio (R-FL) and Kelly Ayotte (R-NH) should be primaried for their support of the Senate's immigration bill.

“Conservatives are getting ready for the 2014 and 2016 primaries. We have long memories, and there will be consequences for those who break campaign promises and vote for this amnesty bill," Palin told Breitbart News. "Competition makes everyone work harder, be better, and be held accountable. This applies to politics, too. No one is ‘entitled’ to anything."

She continued, "Rigorous debate in competitive primaries allows candidates the opportunity to explain their flip-flops. So think of contested primaries as a win-win for politicians and their voters."

Palin responded to Breitbart News's request for comment about an interview she did earlier on Tuesday with John Gibson on Fox News radio in which she said Rubio and Ayotte "turned their back" on voters and should be primaried to be held accountable. Rubio and Ayotte will be up for reelection in 2016.

"Every politician should be held accountable for breaking their campaign promises," Palin said during an interview on the "John Gibson Radio Show" on Fox News radio. "They turned their back on the American public, so why should they not be held accountable?"


So, who will step up to the challenge? In Florida, former Congressman Allen West hasn't exactly ruled it out.