Iraq is on the Verge of Falling Apart 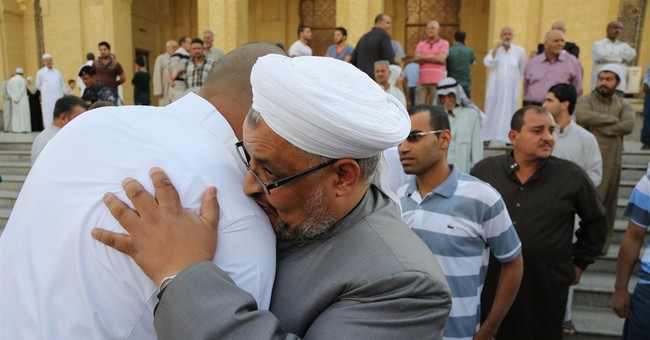 When President George W. Bush left office in 2009, he left incoming President Barack Obama with a post-surge stability in Iraq. Flashing back to Obama's campaign, Obama promised to withdraw troops from Iraq, which set off a storm of violence as soon as he was sworn into office on January 20, 2009.

During the past five years we've seen Obama's foreign policy strategy repeatedly fail. In Libya, al Qaeda terrorists are running the country. In Egypt, Christians are being slaughtered. In Iran, we saw the Obama administration miss a golden opportunity to embrace revolution. In Afghanistan we've seen 73 percent of American casualties since the war started in 2001 happen under Obama's watch. In Syria, a civil war involving al Qaeda rebels is ongoing. In Iraq, the country is close to falling apart, al Qaeda is back and the new prime minister is serving as an ally to Iran.

A bipartisan group of foreign policy leaders in the Senate warned in unusually blunt terms Tuesday that Iraqi Prime Minister Nouri al-Maliki may be pulling his country back toward civil war.

In a letter to President Obama timed for Maliki’s visit to Washington, the leaders of the Senate defense and foreign affairs committees said Maliki is contributing to what the lawmakers called an alarming slide toward sectarian violence compounded by the Syrian civil war next door.

Maliki’s Shiite-led government is too dominated by Iran’s “malign influence” and its mistreatment of the Sunnis is pushing that minority group toward extremism, the senators charged.

President Obama will meet with Maliki Friday at the White House.