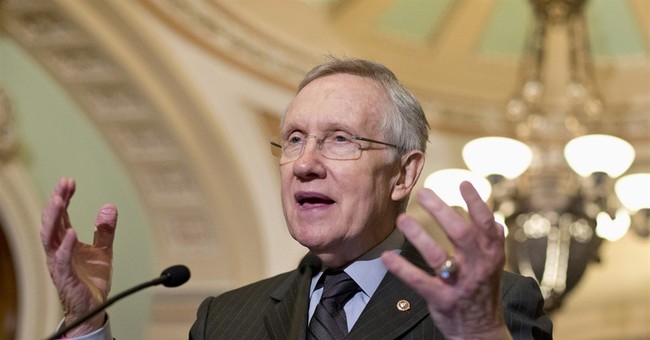 On Friday, Reid suggested to KNPR that Republicans may be resisting President Obama’s policies because he is African American. Take a look:

“My counterpart, Mitch McConnell, said at the beginning of the presidency of Barack Obama that he had one goal, and that is to defeat Obama and make sure he wasn’t re-elected. And that’s how they legislate in the Senate.

It was really bad. And we’ve been now seven months into this second term of the president’s and they haven’t changed much. It’s been obvious that they’re doing everything they can to make him fail.

And I hope, I hope, and I say this seriously, I hope that it’s based on substance, not the fact that he’s an African American.”

Reid is not getting away with his outrageous suggestion. Senator Tim Scott (R-SC), one of only two African Americans currently serving in the U.S. Senate, described the comments as “offensive” and called for his apology:

“I am sincerely disappointed by continued attempts to divide the American people by playing to the lowest common denominator. Instead of engaging in serious debate about the failed policies of this administration…Democrats are once again trying to hide behind a smokescreen.”

"Our country deserves more from those in Washington," Scott continued. "I hope Sen. Reid will realize the offensive nature of his remarks and apologize to those who disagree with the President’s policies because of one thing – they are hurting hardworking American families.”

The Obama Administration hasn’t made it difficult to find ‘substance’, or evidence, to go against its policies. Between the numerous scandals plaguing the administration, as well as the President’s blatant disregard for the Constitution and the Rule of Law (i.e. picking and choosing which parts of Obamacare he will implement), opposing the President’s policies looks a lot more like common sense than nineteenth century racism.

Reid and his constituency are growing so desperate to defend Obama’s failing policies that they are now taking plays straight from the liberal media’s handbook, and shouting ‘racism’ to avoid addressing the deep problems rooted in Obama’s liberal agenda.

Be sure to check out Michelle Malkin on Hannity last night, where she successfully took on Harry Reid and his defenders: