CT Newspaper Compares the KKK to Ted Nugent, Fox News and All Republicans 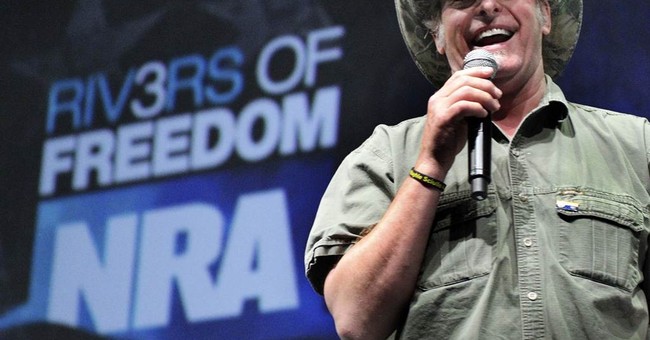 No, not for the interesting facts or intellectual stimulation; you won’t find any of that. It is a very important read though, as it illustrates the new era of liberal media; a time when unfounded, libel accusations are made against conservatives, with little to no worry of the consequences.

On Monday, The Register’s editorial article accused The Republican Party, Fox News and individuals such as Ann Coulter of holding and promoting the same beliefs as the KKK.

Three weeks ago, members of an Alabama-based group, called the United Klans of America, distributed flyers throughout Milford Connecticut which read: “You can sleep well tonight knowing the UKA is awake!” The UKA claims to be a new version of the Ku Klux Klan and their stunt is being investigated by Connecticut police and may lead to criminal charges.

Governor Malloy (D-CT) has been joined by representatives all over the state in denouncing the UKA and their actions. At a press conference in Milford, Malloy blasted the group and proclaimed:

“I wanted to add my voice to rejecting this outside group…Klan: you’re not welcome in the state Connecticut,” Malloy said.

The actions of a few, ideologically deranged people were dealt with appropriately by the state’s officials, elected representatives, city police and Milford citizens. They saw the stunt as a travesty; the editors over at the New Haven Register; however, saw it as an opportunity.

Three weeks after the event took place, The Register used the stunt in Milford as a faulty spring board to directly compare individual conservative voices, Fox News, and the National Republican Party to the KKK.

“The same basic message that the KKK has promoted for 148 years is embraced by the likes of…Fox News, Ann Coulter, a burgeoning array of fringe “conservative” media and members of our own community commenting on stories on the New Haven Register’s website.

That message includes black people being an inferior race…a fear of and opposition to immigration and expressions of disgust and hatred toward gay people.

“(We) shouldn’t need a label as obvious as “KKK” to call out and condemn hatred and racism. Institutions who are helping “mainstream” this message -- even ifthat’s Fox News, the national Republican Party, or Toad’s Place -- deserve to be called out and, if ultimately necessary, marginalized and ostracized for enabling it.”

It’s not an anomaly when a member of the liberal media or press says something unkind about the conservative base. It is rare; however, when a reputable news source like the New Haven Register publishes blatant libelous accusations against individuals, fellow news corporations and national parties without any evidence to back them up.

Since its founding in 1866, the Ku Klux Klan has represented the darkest, most shameful part of our American history; the undeniable intolerance and brutal violence that it wreaked upon African Americans for over a century has become America’s example of the epitome of racism. To compare any person or any entity to an organization like the KKK, or the UKA, one should have hard facts connecting them racist rhetoric—spouting ideas that inherent differences between races make one race superior to another- or promoting/actively engaging in the sought-out violence against African Americans.

The Ted Nugents of the world should be held accountable for their thoughtless remarks; but The Register, without facts, pushed forward offensive and damaging accusations against individuals and organizations with no record of such indiscretions, simply because they didn’t like their conservative opinion.

The Register’s article was clearly a cheap attempt to deflect the tough conversations the country is starting to have about race relations. If liberals acknowledged the high crime rates and low graduation rates that exist in minority communities, they would be forced to realize that most of their social programs and highly-funded public schools are failing the African American community. So, instead, they create a false narrative of ‘conservative racism,’ and put off finding real solutions for those who are struggling.

If the Register has any evidence of The National Republican party promoting or advocating racism, by all means, bring it to light and let there be justice. But accusations of racism for the sake of deflecting tough issues is libel, irresponsible, and nothing short of morally wrong.