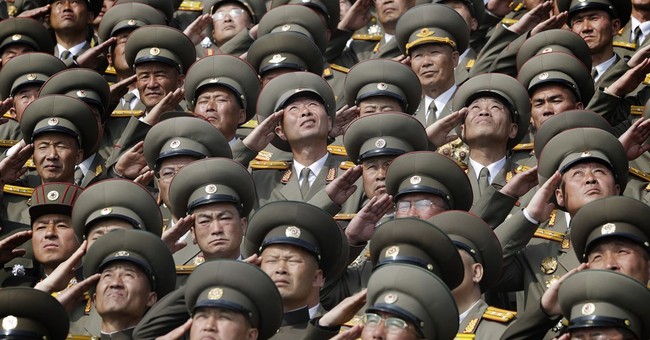 A chilling report from Wednesday indicates that North Korea may be using it's nuclear arsenal to coerce surrounding countries and the United Staes to re-unify the Korean Peninsula -- or else, according to Fox News.

"They have made no secret in conversations they have had with former American officials, for example, and others that they want to use these weapons as an instrument of blackmail to achieve other goals, even including perhaps coercive reunification of the Korean Peninsula one day," Matt Pottinger, a White House official, said at a conference in Washington.

Pottinger made it clear that the United States would continue diplomatic and economic pressure on the isolated country before taking any military action.

"We really have no choice but to increase pressure on North Korea to diplomatically isolate them, to bring a greater economic pain to bear until they are willing to make concrete steps to start reducing that threat," he said.
On Monday, President Donald Trump said he was open to direct talks with North Korean leader Kim Jong Un "under the right circumstances" as provocations continue to rise.

“Most political people would never say that,” President Trump said. “But I’m telling you, under the right circumstances, I would meet with him."