Trouble in Syria: Moscow Backs Away from Assad, "Support Not Unconditional" 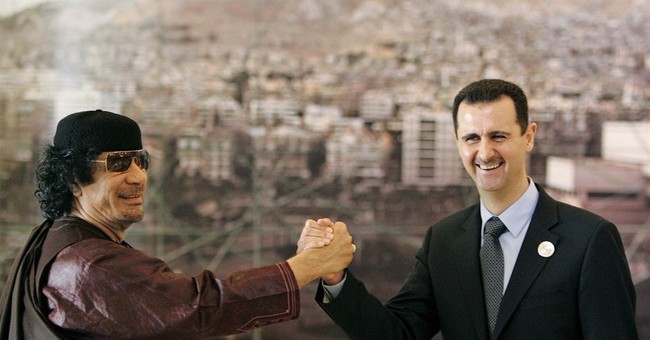 Syrian President Bashar Assad had the tables turned on him dramatically Thursday when the United States and Russian governments both denounced his ability to lead his country.

"Conversations are already underway" to remove Assad from office, Secretary of State Rex Tillerson said. "There would be no role for him to govern the Syrian people."

At the same time, a Russian spokesman told The Associated Press in an interview that "unconditional support" to Assad "is not possible in this current world." He added that "it is not correct to say that Moscow can convince Mr. Assad to do whatever is wanted in Moscow. This is totally wrong."

President Donald Trump told members of Congress on Thursday that he is considering military action in Syria, according to CNN.

The report states that President Trump is consulting Defense Secretary James Mattis before making a final decision.  The briefing will take place in Florida where Mattis will present options which include cruise missile strikes from Navy ships in region, according to CBS.