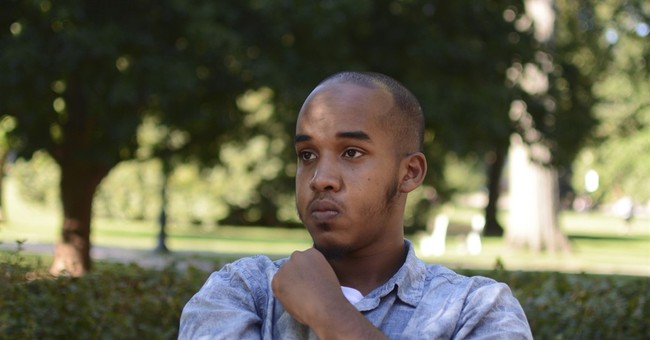 In the latest edition of the Islamic State's official magazine, ISIS applauds Abdul Artan for his actions on the campus of Ohio State University in the name of Islam.

Before plowing his car into the group of Americans on Monday morning and stabbing the injured with a butcher knife, Artan wrote a message on Facebook warning Americans of Islam's ultimatum.

“By Allah, we will not let you sleep unless you give peace to the Muslims. You will not celebrate or enjoy any holiday,” he wrote. “Btw, every single Muslim who disapproves of my actions is a sleeper cell, waiting for a signal. I am warning you Oh America.”

The English translation of the Islamic State's magazine “al-Naba” reads:

One of the Mujahideen of the Islamic State attacked a gathering of infidels in the city of Columbus, Ohio, resulting in serious injuries. The media reported that the brother Abdul Razak Ali Artan ran over a group of Ohio University student with his car. The knife used in the stabbing of kuffar (non-Muslims) resulted in serious injuries on a professor who taught at the university.

According to information broadcast by the American police, Artan, 18-years-old, of Somali origin, had been living in America for years.

The agency announced that Artan is one of the soldiers of the Islamic State. His attack on infidels was carried out in response to calls from the Islamic State to target non-Muslims everywhere.

Some sites had published a letter he had sent to the brother of the US government
Crusader Arab Internet Network, which warned of the continuation of mujahideen attacks on America.

There have been several attacks aimed at American crusaders recently, most notably the attack carried out by brother Afghan Omar Mateen, acceptable to God, who killed and wounded more than 100 sodomites inside the club [in Orlando, Florida].