Protests in Germany as Merkel Stands by Open Borders Decision 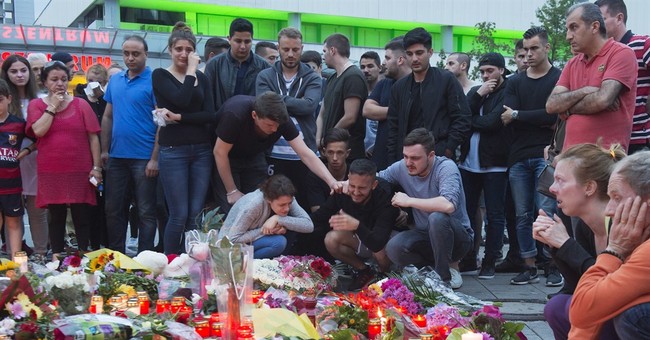 At one point in time last week, Germany was experiencing an Islamic terror attack every 72 hours.  Attacks of which authorities say have been carried out by asylum seekers or refugees inspired by Islam.

A suicide bomb attack in Ansbach on Sunday injured 15 people and an axe and knife attack on a train in Wuerzburg a week earlier that wounded five people were both carried out by Muslims from Syria and Afghanistan.

However, Chancellor Angela Merkel refuses to waiver from her plan to keep accept thousands from the Middle East.

"We decided to fulfill our humanitarian tasks," she told reporters at a news conference. "Refusing humanitarian support, that would be something I wouldn't want to do and I wouldn't recommend this to Germany."

She said the attackers "wanted to undermine our sense of community, our openness and our willingness to help people in need. We firmly reject this."

Meanwhile, thousands of natural-born Germans are expected to gather in the capital’s historic Washington Square for an anti-immigration rally where they will be addressed by right-wing politicians.