Joe Biden Addresses the DNC: "Obama's One of the Finest Presidents Ever!" 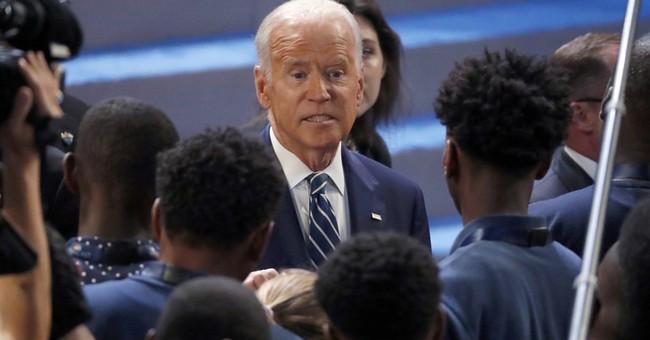 Joe Biden literally came running onto the stage Wednesday night to the theme of "Rocky" before addressing the Democratic National Convention in Philadelphia.

He strongly suggested that Donald Trump has no clue about the middle class. Better yet, Biden said Trump has "no clue period."

Joe Biden: Trump is "trying to tell us he cares about the middle class? Give me a break. That's a bunch of malarkey" https://t.co/iI4DL0uP0U

Biden began to whisper and warned of Trump's lack of preparedness regarding national security.

He then left the audience and viewers with a motivational speech regarding the future of America.