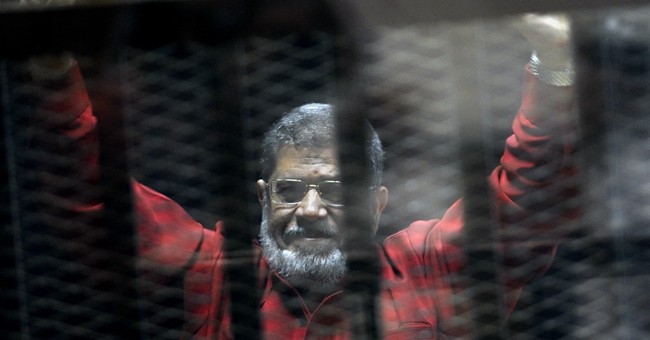 The Egyptian court system sentenced six people to death on Saturday, including two Al-Jazeera employees, for distributing documents related to national security to Qatar during the rule of Islamist president Mohammed Morsi.

Morsi, who was overthrown by the military in July 2013, has already been sentenced to death in another case. That death sentence and another two -- life and 20 years in prison -- are under appeal.

The two Al-Jazeera employees -- identified by the judge as news producer Alaa Omar Mohammed and news editor Ibrahim Mohammed Hilal -- were sentenced to death but can appeal the sentence.

Egypt's relationship with Qatar has been less than cordial over the years.  Ever since Morsi was overthrown, Qatar lost many of the financial benefits that connected the two countries.