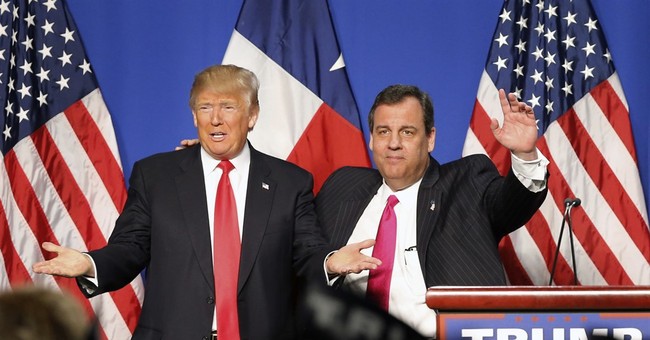 It does not take a genius to understand that the American people, especially Republics, are fed up with the Establishment.  One of the most prominent members of the GOP went rogue Friday afternoon and endorsed the Republican frontrunner Donald Trump.

Gov. Christ Christie took the leap of faith as many other Americans have and endorsed the one man who has completely destroyed the Establishment as we know it.

"There is no one who is better prepared to provide America with the strong leadership that it needs, both at home and around the world, than Donald Trump," Christie said.

"He'll provide strong unequivocal leadership.  He will do what needs to be done to protect the American people first and foremost, both in the homeland and creating jobs for this country.  He will make sure that people around the world know that America keeps its word again."

"I can guarantee you that the one person that Hillary and Bill Clinton do not want to see on that stage come next September is Donald Trump.  They do not know the playbook with Donald Trump because he is rewriting the playbook."

This is just one of many governors expected to come out in support of Trump.  Look for others, especially after Super Tuesday, to follow in the footsteps of Gov. Christie.