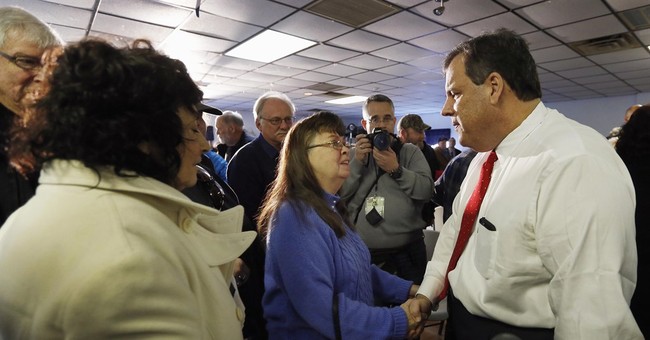 Governor Chris Christie was in New Hampshire Monday campaigning for the GOP primary on Tuesday and was willing to do just about anything to get one woman's vote.

At one point during his town hall event in Hudson, New Hampshire, a woman introduced herself as an undecided voter who was leaning toward supporting him but wasn’t quite convinced.  The New Jersey governor proceeded to kneel down on one knee, proposal-style, and ask for her vote.

"I hope she votes for me. I’ve got dirt all over my pants,” Christie said after listening to her.

Christie gave the woman his plans to cut the Social Security debt which includes eliminating Social Security benefits for Americans who bring in more than $200,000 per year in retirement.