Trump: Not Only our Right, But our Duty to Carry Firearms 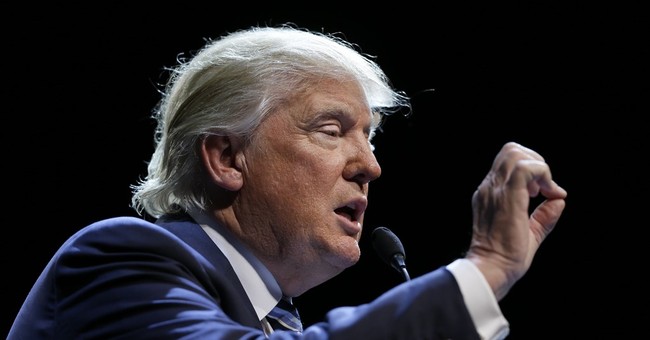 The definition of 'obligation' states that a person is morally or legally bound to an act or course of action and that it is a duty or commitment.

Donald Trump, in an exclusive statement to Breitbart, said that we as Americans have an obligation to carry firearms. He said that there are nearly 13 million concealed carry permit holders in the United States who are part of the 100 million gun owners who defend the Constitutional right to “keep and bear arms." Trump explains that with the current rise in terror threats, more legitimately armed Americans on the streets is one of the best deterrents.

There are nearly 13 million concealed carry permit holders in the United States who are part of the 100 million gun owners who defend the Constitutional right to “keep and bear arms.” This fundamental liberty is held closest by those who have gone through the process of vetting required to be entrusted with the ability to defend themselves, their families and their property with concealed weapons.

The concept of concealed carry is as much intended to deter criminal activity as it is to provide direct defense of those who have those permits. Not all concealed carry permit holders “carry” all the time. Thus, the deterrent value is that those who might contemplate criminal behavior will think twice when that doubt exists.

Carrying a weapon is not always feasible or appropriate. However, given the increased tensions that are the result of continued, escalating terrorism around the world, more legitimately armed individuals on the streets is a positive outcome. Each permit holder must make the decision to carry or not carry. I will carry more often than I have in the past, and I am sure other concealed permit holders will do the same. Do we have an obligation to carry? The answer is “yes,” but we must do it in such a way as to raise serious doubts in the minds of those who might be considering violence in America. Deterring violence is far better than dealing with the aftermath of an act of terror. Less blood, more security. That is what will make America great again.