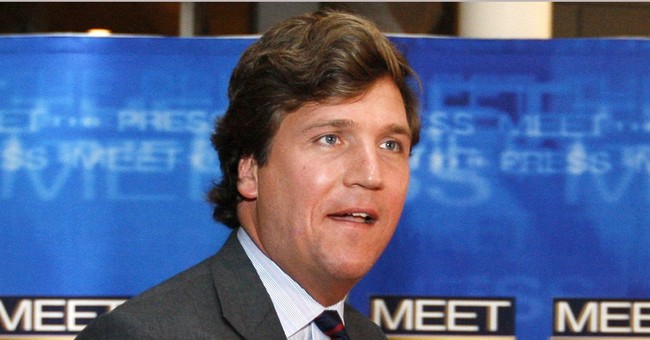 Fourteen Republicans voted to advance the bill after only having an hour to read the text, which includes a provision that provides funding for states to carry out red flag laws.

2/ The bill funds the implementation of crisis intervention orders in every state, including so called "red flag" laws. These laws allow courts to temporarily take guns away from people who are threatening to kill themselves or others.

"At this moment the Senate is voting to advance a so-called gun control bill that is, in fact, a law that would allow police to confiscate firearms unconstitutionally, illegally, from American citizens who have not been charged, much less convicted of a crime," Carlson said.

"Now, many Republican senators such as Joni Ernst and Shelly Capito are reportedly voting yes on the bill. Hard to believe that’s true but apparently it is. Senator John Cornyn, the lead Republican negaitor who’s gone far-left in recent years, is currently celebrating on the Senate floor because, again, only Ukrainians are allowed to have guns. Cornyn was just seen shaking hands with Chuck Schumer. Is he representing the folks of Texas? No," he continued.

Carlson noted Cornyn further said to Sen. Alex Padilla (D-CA) that they are now willing to come to an agreement on immigration.

"Has there ever been a greater more brazen sellout of any group of voters than what Republican Senators Mitch McConnell, John Cornyn and the rest are doing right now? Talk about a subversion of democracy. If they keep this up the system will collapse. You have to represent the interest of your voters. That’s why you’re there," he concluded.