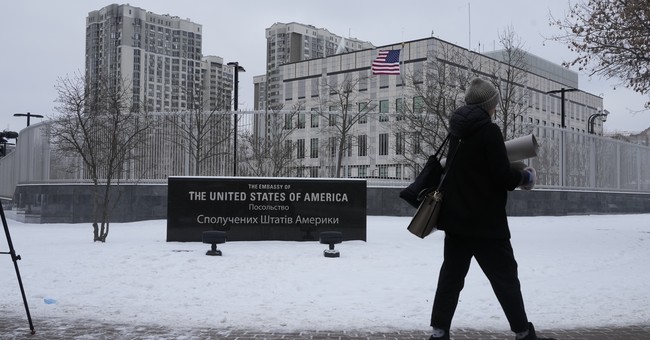 President Joe Biden's deputy national security adviser told CNN on Tuesday how important it is for a country's border to be respected and to be treated as sovereign. But, he was not talking about the United States' borders.

"Because it goes to a very fundamental principle of all nations, which is that our borders should be inviolate, that our sovereignty should be respected. If the international system is to mean anything, it should mean no country can change another country’s borders or affect another country’s government by force, and Russia by amassing all the troops on Ukraine’s border is calling into question those very basic principles.

"They’re also, from the perspective of the United States and our allies unsettling our allies because Ukraine is on the border of several NATO allies...and our alliance commitments are sacred. The president has made that clear," he added.

To be clear, what is happening in Ukraine is significant from an international perspective. It is, however, hard to take the Biden administration's seemingly new position that borders should not be violated seriously when they take steps to open our country's southern border through policy and rhetoric. Is it a foreign military? No, but the criminal organizations who are reaping the benefits of our open border are certainly no friends of ours and they have contributed to the deaths of thousands of Americans through the drug trade.

It is refreshing to see from the Biden administration the idea of borders is a legitimate issue. If only it would extend to our country.