Gun Control Activist David Hogg: The Filibuster Is Causing 'So Many People to Die Every Year' 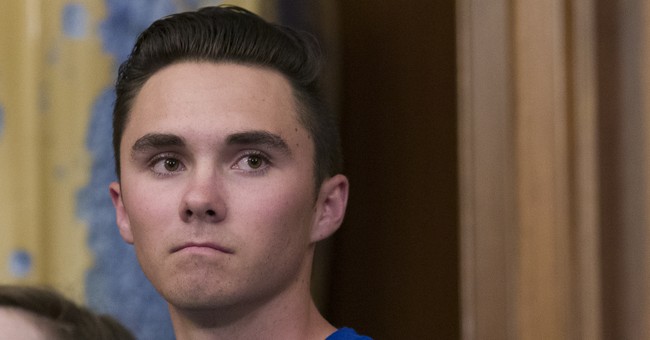 Gun control activist David Hogg reiterated his call for the Senate filibuster to be abolished because that one rule is causing "so many deaths every year."

Hogg, who was a student during the 2018 shooting at Marjory Stoneman Douglas High School, told MSNBC on Wednesday the continuing issue of gun violence "is a choice" due to people not working together to recognize "our right not to be shot."

Hogg said progress on gun control can be made but the filibuster in the Senate needs to go.

"We’ve gotten funding for the CDC and NIH pushed through Congress at a level that was never before seen prior to what had happened at our school. So change has started to happen, but it is incredibly frustrating how slow it is," he said. "Because right now, we don’t have a representative form of government, we have an obstructionist form of government because of the filibuster. And when that is active, because of that one rule, it’s causing so many people to die every year."

The now-Harvard University student ended the segment by calling for a "holistic approach" to gun control.

"While it is important to address how somebody like the shooter at my high school was able to get an AR-15, we need to address why the racism that drove him to pick up that gun, the anti-Semitism, the intolerance, the xenophobia, and other forms of intolerance that cause people to want to pick up a gun in the first place, and that's why we're urging the Biden administration to create a national directorate of gun violence prevention with no Senate confirmation necessary that could provide a holistic approach and inform the president on how to address this emergency in the United States."